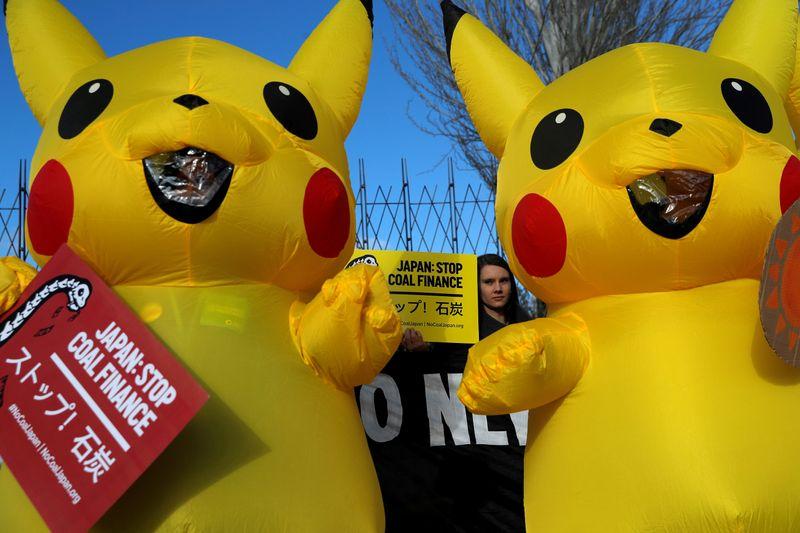 MADRID (Reuters) – Japanese environment minister Shinjiro Koizumi said on Wednesday that global criticism of his country’s “addiction to coal” was hitting home, but warned he had yet to win wider government buy-in for his hopes of weaning the country off fossil fuels.

In an unusually frank acknowledgement by Japan of growing disquiet over the country’s financing of new coal-fired power plants, Koizumi, tipped as a future prime minister, told U.N. climate talks in Madrid that he was pushing for change.

“Of course I am aware of global criticism, including on our coal generating policies,” Koizumi, 38, said in his speech to the conference, saying that as a millennial and father to-be he shared growing worldwide fears over climate change.

U.N. Secretary-General Antonio Guterres, who opened the two-week talks on Dec 1., has urged countries to stop building new coal plants after 2020 as part of a wider drive to meet the temperature goals in the 2015 Paris Agreement.

Japan, a big financier of new coal plants in southeast Asia, is seen as an outlier among industrialised countries since it is the only G7 nation to still be building coal plants at home.

“Last week, U.N. Secretary-General Antonio Guterres called for stopping our addiction to coal. I took this as a message to Japan,” Koizumi said.

“We can’t make an announcement of phasing out coal or fossil fuels right away but will keep considering options going forward,” he later told a news conference. “So please keep eye on what we do in the future.”

The remarks by Koizumi, the son of a former prime minister, will be scrutinised carefully in Japan, where he caused uproar in September when he said in New York his country should make climate action “sexy” and “cool” to mobilise young people.

“These remarks were broadcast across the country in Japan, which will have a tremendous impact because of his popularity,” she said.

Prime Minister Shinzo Abe’s cabinet approved a greenhouse gas emissions reduction strategy earlier this year that included support for hydrogen and carbon capture technology, but did not touch on its coal financing.

A study by Global Energy Monitor launched at the U.N. conference showed Japan plans to finance $4.8 billion of investment in coal plants in Vietnam, Indonesia and Bangladesh.

At the climate talks, campaigners mocked Japan by giving it their daily “Fossil of the Day” badge, criticizing the country’s Economy, Trade and Industry Minister Hiroshi Kajiyama who has said that coal will continue to be part of its fuel mix.