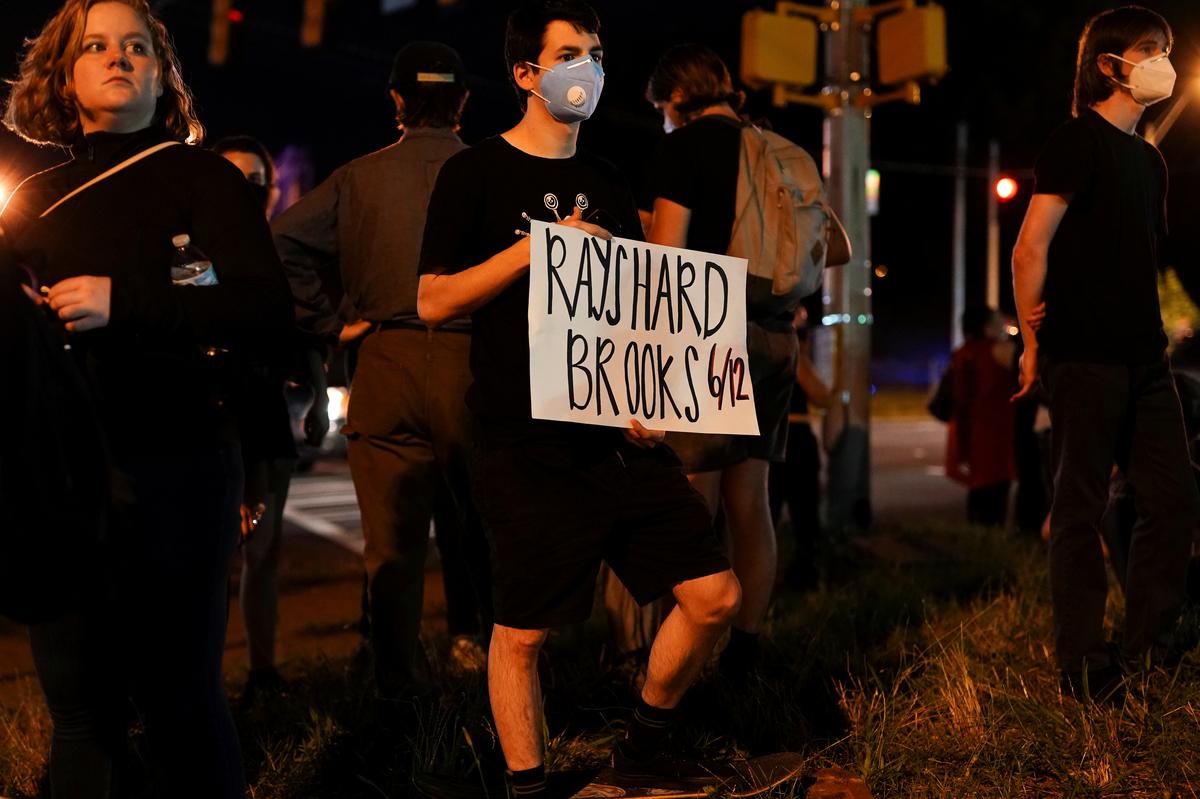 (Reuters) – Prosecutors seeking to convict Atlanta police officer Garrett Rolfe for murder in the shooting death of Rayshard Brooks must try to persuade jurors to do something they rarely do – second guess split-second police decisions.

On Wednesday, Fulton County District Attorney Paul Howard brought 11 charges against Rolfe, with the most serious being felony murder which carries the death penalty.

Atlanta’s mayor fired Rolfe after Friday’s shooting. Civil rights groups were quick to condemn the lethal methods. Protests broke out in the city as the shooting fueled popular outrage that followed the May 25 death of another unarmed black man, George Floyd, as an officer knelt on his neck during his arrest in Minnesota.

Video of the shooting that went viral will likely help the prosecution, and Howard noted that Devin Brosnan, Rolfe’s partner, agreed to become the rare police officer who will testify against a colleague.

Prosecutors will stress that the officer shot Brooks in the back as he fled, and insist that the suspect posed no threat. Defense attorneys will likely note that Brooks took the officer’s Taser, or stun gun, and brandished it before he fled.

Steve Gaynor, president of the Fraternal Order of Police in Cobbs County in Georgia, insisted that Rolfe’s actions were justified under U.S. Supreme Court guidance.

“Look at case law. The officer is well within his right to use deadly force,” said Gaynor.

Laws governing police use of force differ by state, but the Supreme Court has said deadly force can be used if an officer reasonably believes the suspect poses an immediate threat of serious injury to the officer or others.

Georgia allows use of deadly force to apprehend a suspect when officers have probable cause to believe the suspect committed a crime involving infliction or threatened infliction of serious harm, which Gaynor said Brooks had done.

Howard, the district attorney, said Brooks posed no threat as he was fleeing because he had discharged the available shots from the stun gun. Gaynor disagreed.

“It’s still a weapon, maybe not a deadly weapons but it is a weapon. The public is still in jeopardy at that point,” said Gaynor.

Rolfe’s defense attorney could also argue that he followed police training protocols. Jack Ryan, who trains law enforcement nationwide, said some police departments teach officers to consider using deadly force if a suspect has gained control of an officer’s stun gun. However, that is less of a threat when there are multiple officers present.

The Atlanta police department did not respond to a request for comment on its training.

Ultimately, like most cases against police, legal experts said it could come down to whether a jury is willing to defer to an officer’s version of events.

“We’re reluctant to second-guess police,” said Rapping, who is a professor at John Marshall Law School.

For that reason, having testimony from Rolfe’s partner Brosnan could be key for prosecutors.

Sam Starks, an Atlanta criminal defense attorney, said obtaining the cooperation of the other officer was a surprise and “makes it harder for Rolfe.”