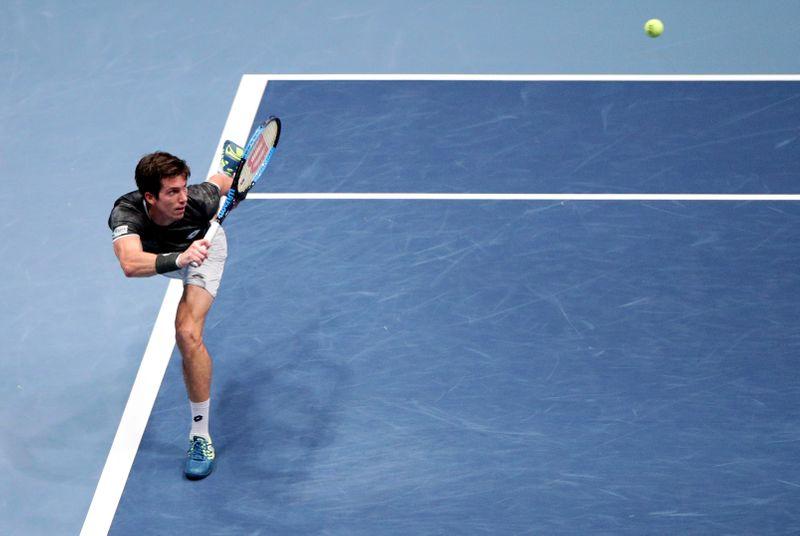 Slovenia’s Aljaz Bedene used nine aces and some clutch play to knock off second-seeded Stefanos Tsitsipas of Greece 7-5, 6-4 on Thursday in the Round of 16 at the ABN AMRO World Tennis Tournament in Rotterdam, Netherlands.

Bedene saved all five break points he faced — including three to hold at 4-4 in the first set — and converted his only two opportunities to break Tsitsipas. He closed it out on his first match point, wrapping up victory in 92 minutes on the hardcourt.

Thompson managed just two aces against one double fault himself, but he saved all five break points and faced and finally broke Isner in the third set. That was the only break of service in the match, which lasted more than two and a half hours.

Top-seeded Diego Schwartzman of Argentina avoided an upset at the hands of countryman Federico Delbonis in the Round of 16, winning 6-3, 4-6, 6-2 on the clay in Buenos Aires.

Second-seeded Guido Pella and Facundo Bagnis also put on a show in another all-Argentine matchup, with Pella prevailing 7-6 (2), 6-7 (2), 6-4 in a 3-hour, 13-minute match. Bagnis fought off two match points to hold in the final set before Pella put it away on his own serve.