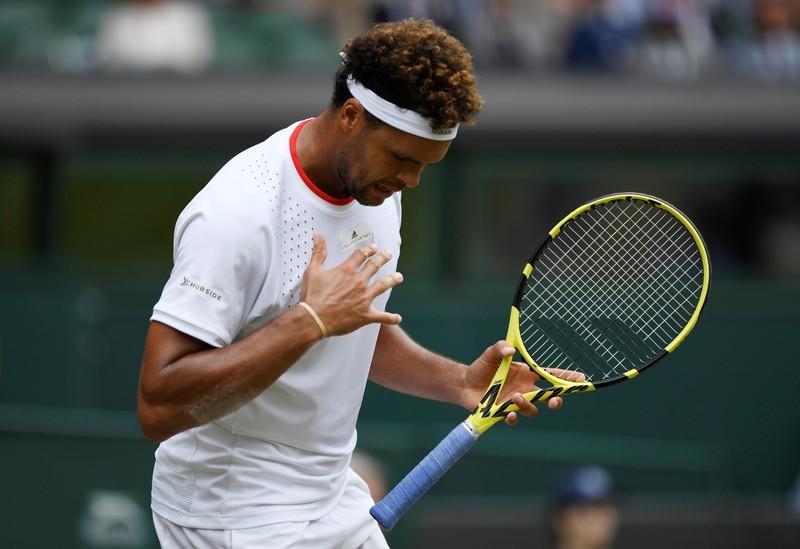 Jo-Wilfried Tsonga entered this week having never won on the hardcourt in Washington, D.C. Now, he’s got an upset of a top-two seed under his belt — and a comeback that he’ll likely remember for quite some time.

The 34-year-old Frenchman, ranked No. 70 and unseeded this week, went from a point away from a likely sweep to scrambling late to avoid a gut-wrenching collapse Tuesday, upsetting second-seeded Russian Karen Khachanov 6-4, 2-6, 7-5 in the second round of the Citi Open.

Tsonga was up 1-0 and 0-40 in Game 2 of the second set, but Khachanov scored five straight points — then fended off another 0-40 hole on serve later in the set — to win the second set. The only break point in the back-and-forth third set came when Tsonga won on match point.

Fifth-seeded American Taylor Fritz, the highest-seeded player in action in Los Cabos, Mexico, topped Dominik Koepfer of Germany 6-3, 6-4 to advance to the Round of 16 in the night’s final match on the hardcourts. Fritz broke Koepfer to go up 4-2 in the first set, then once in the second to take a 3-2 lead in the set.

Sixth-seeded Cristian Garin of Chile didn’t make it out of the first round, taking the first set but ultimately losing to unseeded Argentine Juan Ignacio 3-6, 6-2, 6-3. Seventh-seeded Radu Albot of Moldova, however, was able to hang on and avoid an upset, taking down Serbian Janko Tipsarevic 7-5, 2-6, 6-0.

After getting a first-round bye, the top four seeds will be in action on the hardcourts Wednesday. Italian Fabio Fognini, ranked No. 9 in the world, is the top seed in Los Cabos.

Spain’s Albert Ramos-Vinolas rallied past fifth-seeded Marton Fucsovics of Hungary 6-7 (6), 6-4, 6-4 in 3 hours and 13 minutes as three seeds tumbled in the first round in Kitzbuhel, Austria.

Fresh off his title on Sunday in Gstaad, Switzerland, Ramos-Vinolas fought off two set points before losing the first-set tiebreaker, then squandered five set points in the second set before clinching it to level the match. In the deciding game of the third set, he evaded four break points to ultimately clinch on his second match point. All told, Ramos-Vinolas saved 13 of 15 break points faced.