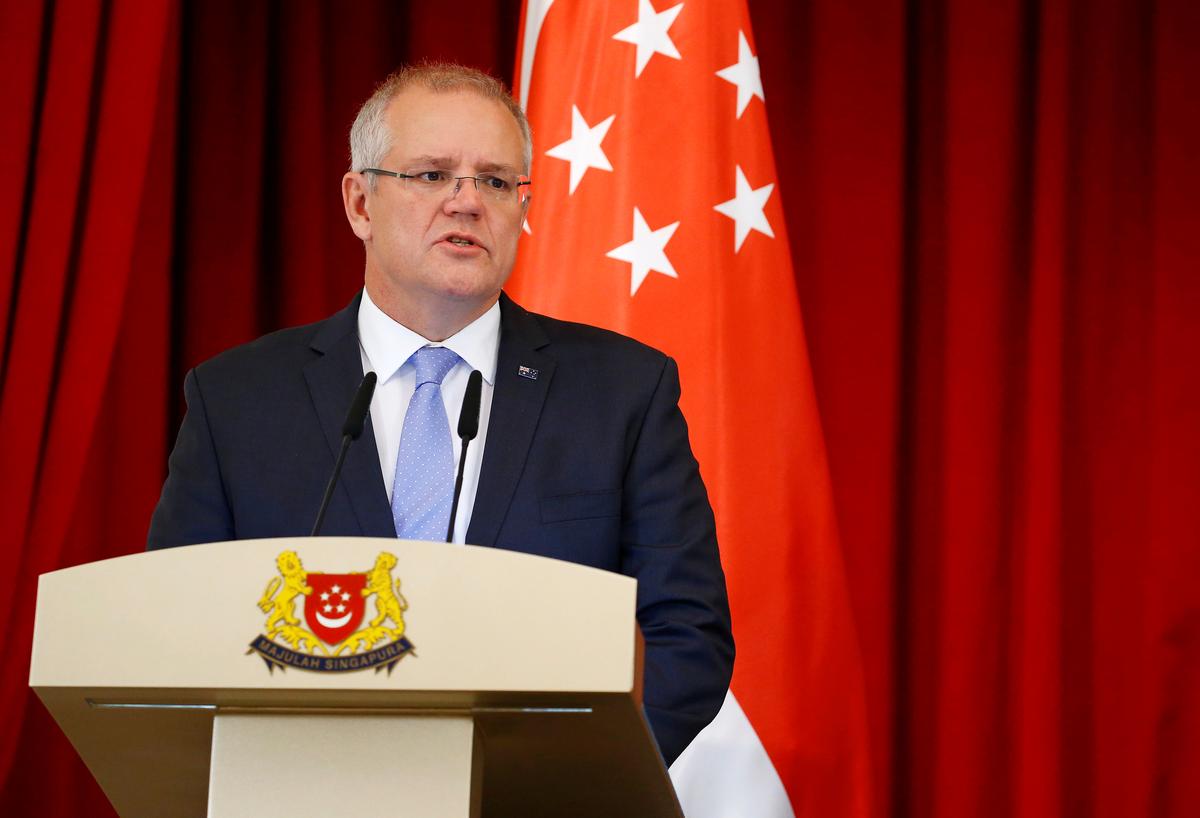 MELBOURNE (Reuters) – Australia’s prime minister is eyeing plans for a cashless debit card for welfare recipients and defended a proposal to drug test some job seekers, setting the government on a collision course with opposition lawmakers and welfare groups when parliament returns on Monday.

In an interview with Nine newspapers published on Sunday, Prime Minister Scott Morrison flagged welfare reform would be a priority for his government and discussed the cashless welfare card – aimed at preventing welfare payments being spent on alcohol, drugs and gambling.

Morrison has resisted calls to raise payments to welfare recipients, despite support for an increase from a coalition that includes welfare groups, business leaders, opposition lawmakers and some members of Morrison’s own ruling coalition.

The return of parliament on Monday following a winter break could prove difficult for the ruling conservative party after gross domestic product (GDP) figures published during the week showed Australia’s economy is slowing.

Economic data released on Wednesday showed GDP rose just 1.4% in the June quarter from a year earlier, matching the worst of the global financial crisis and well short of the 2.75% considered “trend”. [nL3N25U4E2]

Morrison won a surprise election victory in May largely based on a pledge that growth would be stronger on his watch.

“We have been dealing with the impact of a significant flood and drought in the domestic context and, all things considered, the fact that we continue to grow is an indication of the resilience of the Australian economy,” Cormann told the Australian Broadcasting Corp.

Reporting by Will Ziebell; editing by Richard Pullin