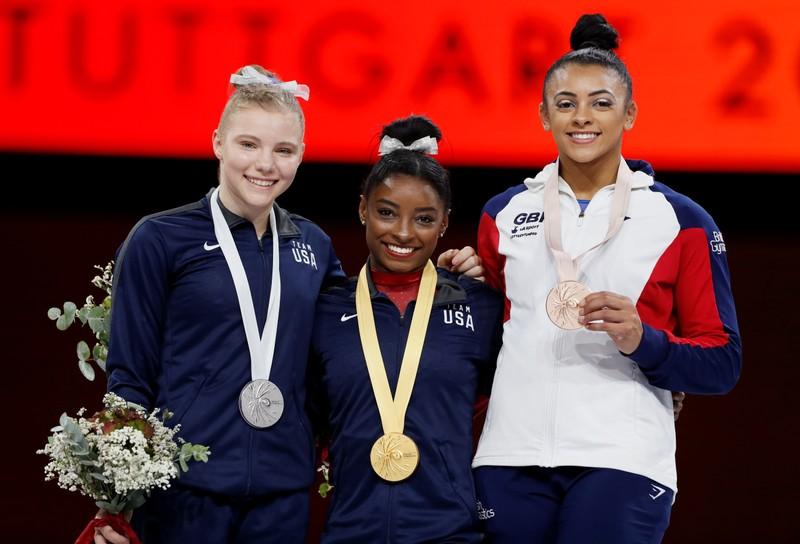 (Reuters) – Simone Biles claimed a record-equaling 23rd medal at the gymnastics world championships on Saturday, leading an American one-two finish in the vault final in Stuttgart.

Biles produced two breathtaking vaults — a Cheng and an Amanar — to finish with an average score of 15.399 inside a packed arena.

The 22-year-old has now matched Belarusian Vitaly Scherbo’s record tally of 23 world medals and she can surpass him later on Saturday if she takes another medal in the asymmetric bars final.

Four-time Olympic champion Biles was joined on the podium by team mate Jade Carey, who finished with an average score of 14.883 for her second world medal in three years on the apparatus.

It was Biles’s 17th world title and her third victory in Stuttgart this week.

She helped the United States to win their fifth consecutive team title on Tuesday before collecting a record-extending fifth all-around world title on Thursday.

Reporting by Hardik Vyas in Bengaluru; editing by Clare Fallon