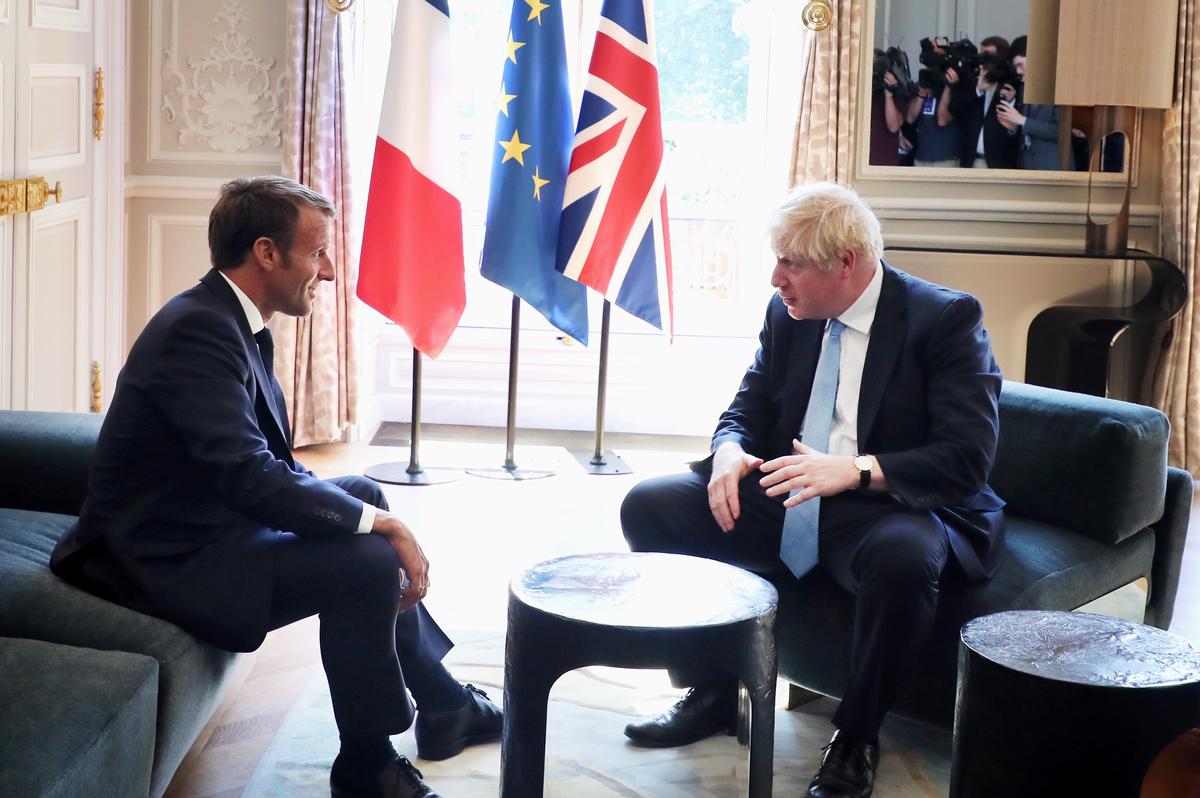 PARIS (Reuters) – French President Emmanuel Macron and Prime Minister Boris Johnson held constructive talks on Thursday and agreed that exchanges between Britain and the European Union in search of a Brexit deal should continue until the end of September, an official in Macron’s office said.

Any agreement must be “respectful of the fundamental European principles which the president referred to: stability in Ireland and the integrity of the single market”, the statement said.