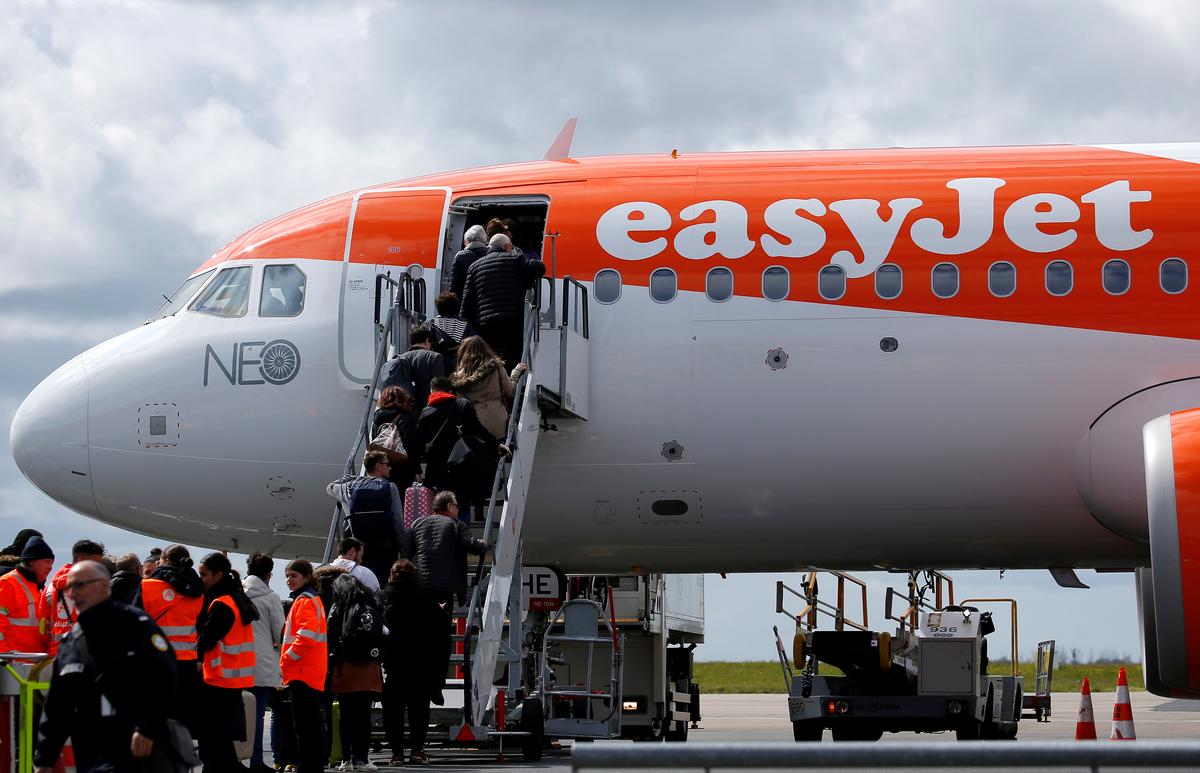 FILE PHOTO: Passengers board an easyJet plane at the Nantes-Atlantique airport in Bouguenais near Nantes, France, April 4, 2019. REUTERS/Stephane Mahe

LONDON (Reuters) – British budget airline easyJet (EZJ.L) on Tuesday said it would become the world’s first major airline to operate net-zero carbon flights across its whole network by offsetting the emissions from flying.

The airline said that it would cost around 25 million pounds ($32.42 million) to offset the emissions in the next financial year, as it reported full-year results for the year ending Sept. 30 in line with previous guidance.