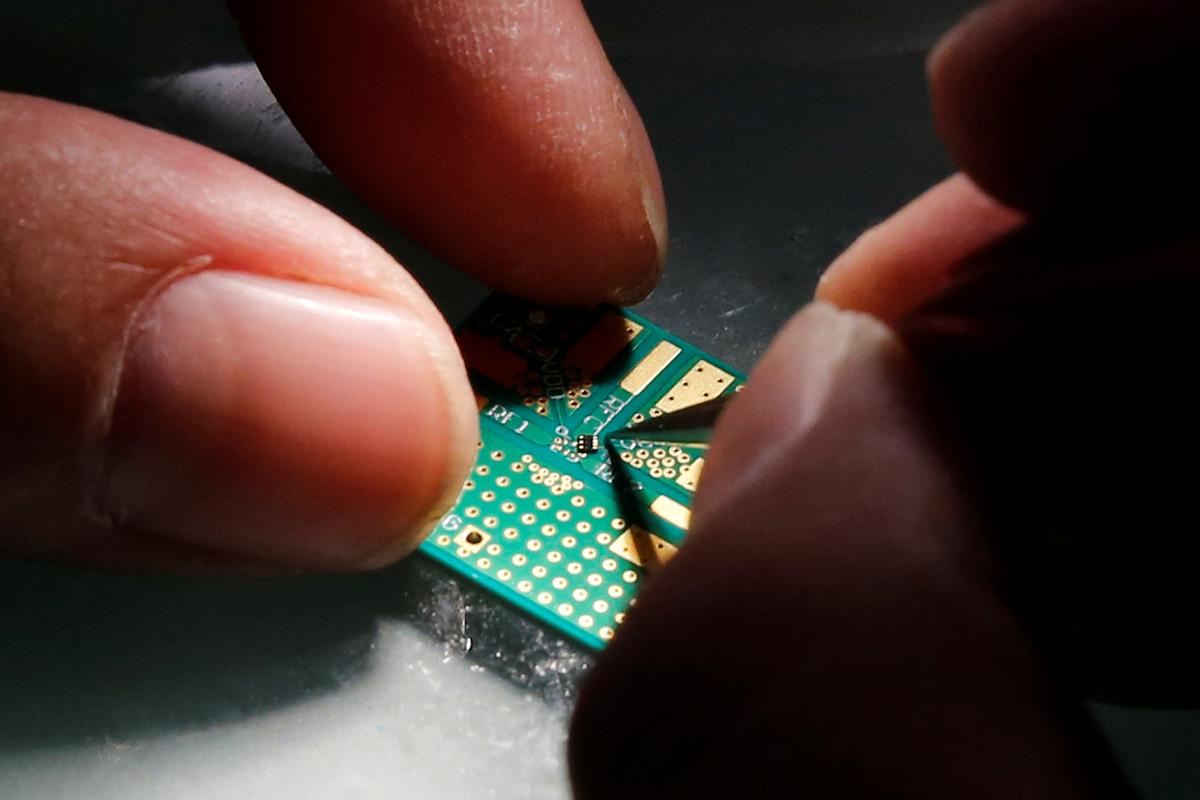 FILE PHOTO – A researcher plants a semiconductor on an interface board during a research work to design and develop a semiconductor product at Tsinghua Unigroup research centre in Beijing, China, February 29, 2016. REUTERS/Kim Kyung-Hoon

BEIJING (Reuters) – The head of China’s top state-run semiconductor maker, Tsinghua Unigroup Ltd, called on U.S. companies to “do better” in efforts to overcome China-U.S. tech tensions given they continue to profit from the Chinese market.

Semiconductors have been a major flash point in the ongoing trade war between the two countries, with U.S. officials criticizing what they say are state-subsidised efforts to undermine the U.S. chip industry.

In recent years China has invested billions of dollars in its semiconductor industry, including contributions to a high-end Tsinghua Unigroup memory chip plant said to be worth $24 billion. Link here

Tsinghua Unigroup chairman Zhao Weiguo said at a conference in Beijing on Friday that U.S. firms should “relax and sleep well”, urging them not to be threatened by China’s semiconductor ambitions, and to play a greater role in easing tensions.

“On the one hand, they’re earning lots of money here in China, and on the other hand, they’re making malicious remarks about China to the U.S. government behind the scenes.”

“U.S. companies can do better, especially technology giants. Some American companies do well, and some do not,” said Zhao.

China and the U.S. recently agreed to roll back tariffs as part of a pending “phase one” trade deal. Chinese negotiators have previously sought relief from 25% tariffs on a group of goods that include semiconductors.