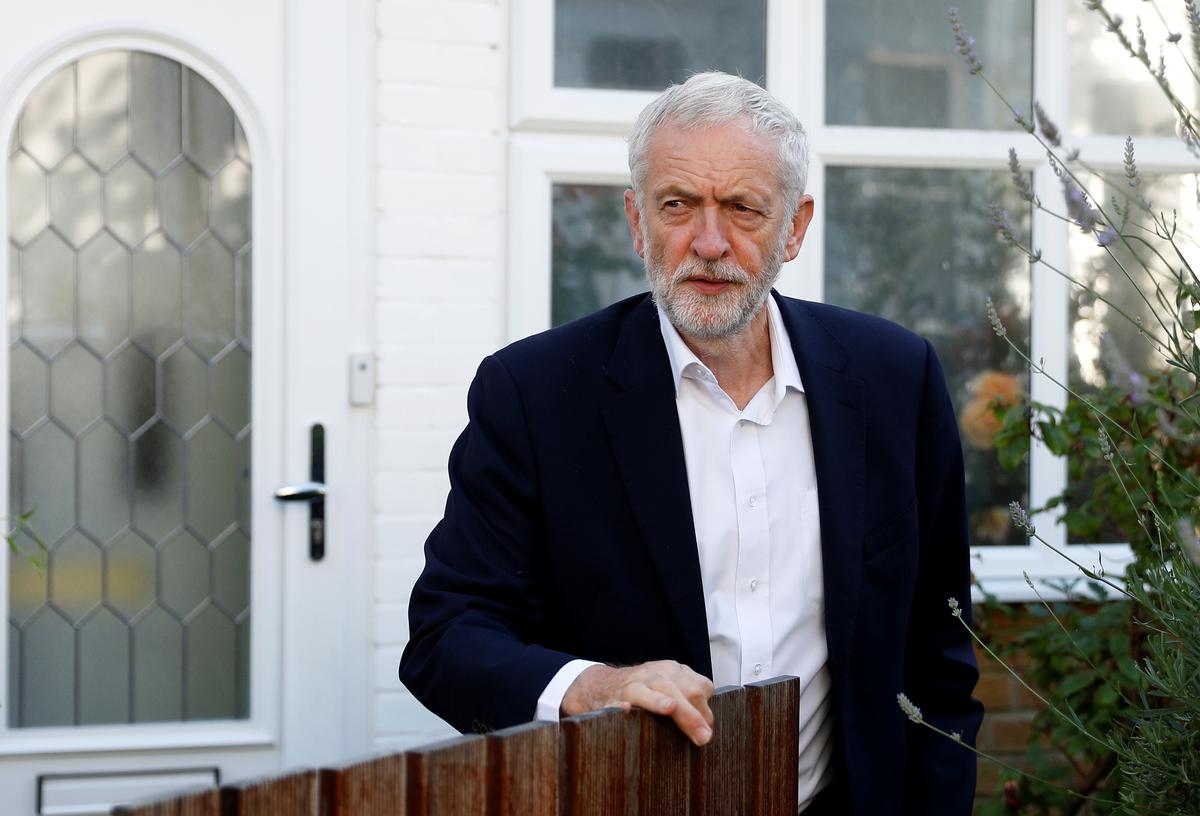 LONDON (Reuters) – Britain’s opposition Labour Party leader Jeremy Corbyn vowed to do “everything necessary” to stop a no-deal Brexit as he prepared to meet other lawmakers to discuss tactics to block the government’s plans.

The United Kingdom is heading towards a constitutional crisis at home and a showdown with the European Union as Prime Minister Boris Johnson has pledged to leave the bloc in 66 days without a deal unless it agrees to renegotiate the Brexit divorce.

Corbyn said a no-deal exit from the EU would result in a “no-deal bankers’ Brexit”, which would allow companies to earn profits at the expense of British voters.

“The battle to stop no-deal Brexit isn’t a struggle between those who want to leave the EU and those who want continued membership,” Corbyn wrote in the Independent, adding that a no-deal exit would leave the UK at the “mercy” of U.S. President Donald Trump and big U.S. corporations.

‘It’s a battle of the many against the few who are hijacking the referendum result to shift even more power and wealth towards those at the top. That’s why the Labour Party will do everything necessary to stop a no-deal bankers’ Brexit.”

Britain is currently on course for a no-deal exit unless parliament can stop it. Lawmakers return from their summer break on Sept. 3, reconvening for a fight that will determine the fortunes of the world’s fifth-largest economy.

Votes in parliament have shown on several occasions there is majority support for measures to block or hinder a no-deal exit.

But any majority would be unstable, made up of lawmakers from different parties that are ideologically opposed, except when it comes to stopping a disorderly no-deal Brexit.

There are also continuing splits about tactics for the best way forward.

Jo Swinson, the Liberal Democrat leader, who will be attending the cross-party talks, has said that Corbyn should drop the idea of trying to become a temporary caretaker prime minister if parliament forced Johnson’s government to collapse.

“We really need to spend our precious, short time available on solutions that can work.”