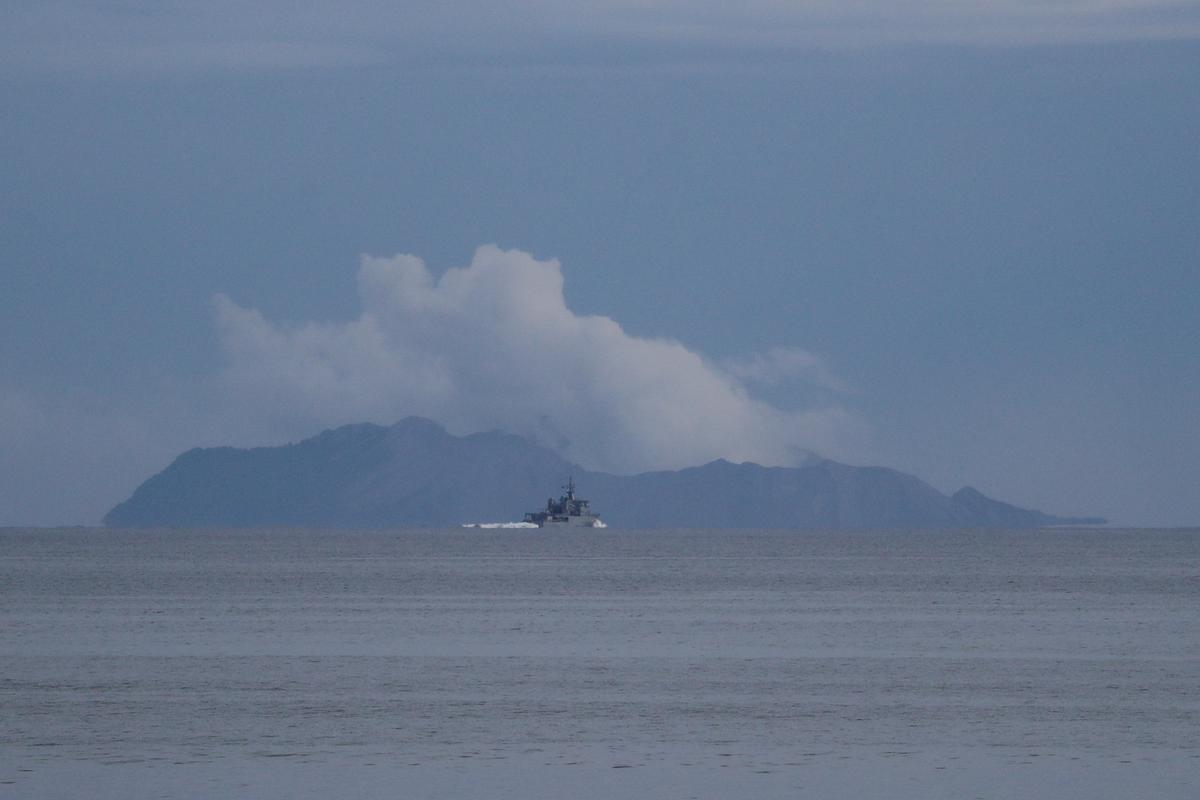 Authorities said eight bodies remained on the island and would only be retrieved when it is safe to do so. More than two dozen more are in hospital.

The volcano on White Island, a popular tourist day-tripper destination, erupted on Monday, spewing ash and steam over the island.

There were 47 people on White Island at the time of the eruption. Twenty-four of those were from Australia, nine from the United States, five from New Zealand, four from Germany, two each from China and Britain and one from Malaysia.

New Zealand police have issued a list of nine people officially classified as missing, although some families have said independently that relatives on that list have died.

Royal Caribbean (RCL.N) cruise lines has said that passengers from its ship Ovation of the Seas were on the island at the time, but it did not respond to a request from Reuters for more detail. The Ovation of the Seas docked in Wellington on Thursday morning.

Many of the injured are being treated for severe burns and medical officials are importing some 1.2 million square cm of skin. The amount of skin needed equates to about 60 donors. In New Zealand, only five to 10 people donate skin each year, the New Zealand Herald reported.

Surgeons in several burns units were working around the clock.

“It’s one of the most challenging things to look at because you know the patients are in so much pain and will be fighting for their life for the next two or three weeks and even then they could die,” John Bonning, president of the Australasian College for Emergency Medicine, told the newspaper.

Prime Minister Jacinda Ardern has said there will be an inquiry into the tragedy, which will also look more broadly at issues including access to volcanic sites across New Zealand.

Emergency officials said on Wednesday they were constantly assessing the possibility of going to the island to retrieve bodies.

Increasing tremors on the island, also known by its Maori name Whakaari, have heightened the risk of another massive eruption. Police were scheduled to provide an update on the situation later on Thursday morning.

Ardern told Reuters on Wednesday that emergency response teams were “very, very eager to get back there, they want to bring people’s loved ones home,” Ardern said.

The Australian government said on Wednesday night it expected to transfer up to 10 injured citizens from New Zealand starting in the next 24 hours, if medical staff approve them for travel.