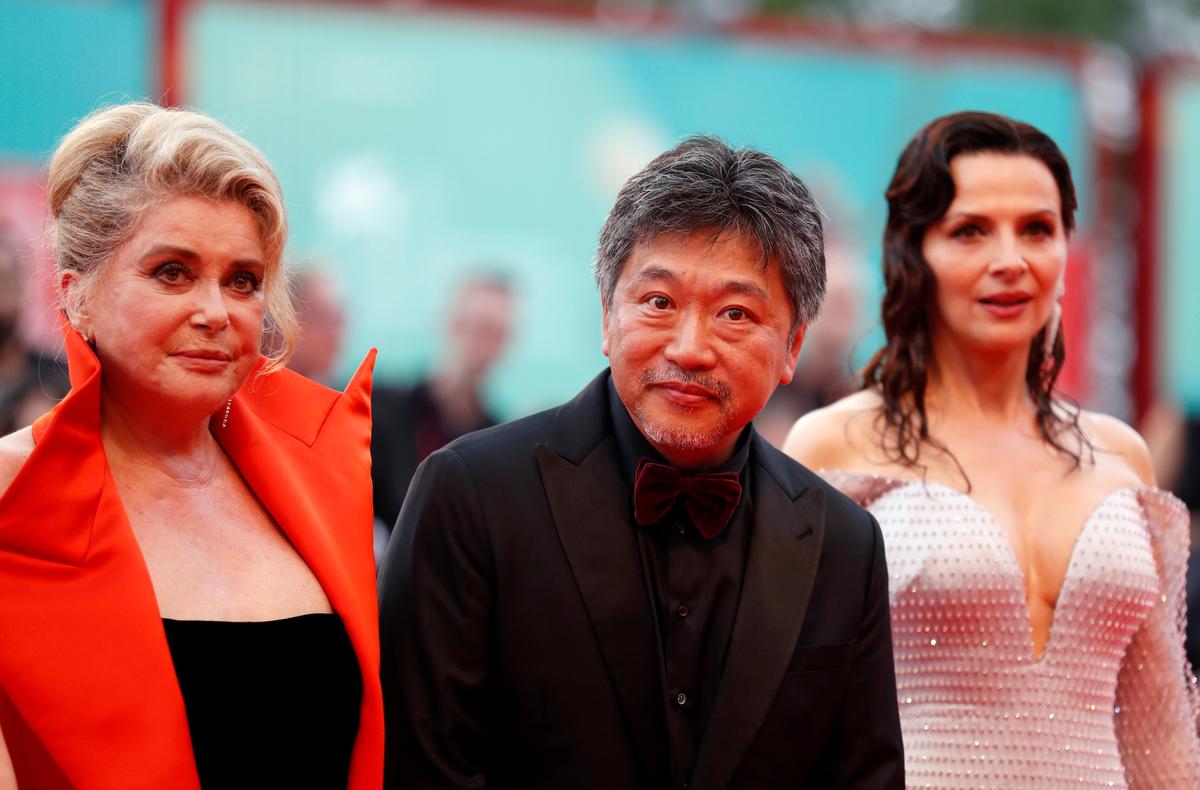 VENICE, Italy (Reuters) – For his first movie directed outside of his native Japan, filmmaker Hirokazu Kore-eda traveled to Paris to work with two of France’s top leading ladies in “La Verite” (The Truth), a drama fraught with family tensions.

Catherine Deneuve and Juliette Binoche face off as mother and daughter whose fragile relationship resurfaces as they reunite when the former publishes her memoirs.

The film, which opened the Venice Film Festival on Wednesday, sees Deneuve, 75, plays Fabienne, a famed French actress whose career and tough exterior have long distanced her from her screenwriter daughter, Lumir.

When Lumir returns to Paris from New York with her husband, played by Ethan Hawke, and their young daughter, she challenges Fabienne about some hidden truths and painful memories.

“We thought it might be interesting to shoot in France, and you would need actresses to represent the history of the French film industry,” Kore-eda told a news conference via an interpreter.

“There is this family drama aspect but it is in reality the story of a relationship between mother and daughter. They have their own existence, they try to get on, accepting each other.”

Kore-eda is known for his family-focused work, including the critically-acclaimed “Shoplifters”, which won the prestigious Palme d’Or prize at the Cannes Film Festival last year.

Deneuve, a French cinema veteran, said while the language barrier between the director and cast was difficult at first as an interpreter had to be present on set, the process worked well in the end as “only the essential” was shared.

The “Belle de Jour” star puts on a tough exterior to play Fabienne, an self-centered actress who refuses to apologize for her wrongdoings, acts petty when cast alongside a much younger rising star and is fearful her career may soon be over.

“What I put in of myself is what you usually put in when playing a role,” Deneuve said. “But this character is very different from me. Her world is very distant from mine. Her relationship with her daughter is obviously something that’s very distant to me as well.”Binoche said she relished acting alongside Deneuve, whose 1970 film “Peau d’ane” (Donkey skin) was one of her favorite films when she was younger.

“The Truth” is one of 21 films competing for the festival’s top Golden Lion prize, which will be announced on Sept. 7.