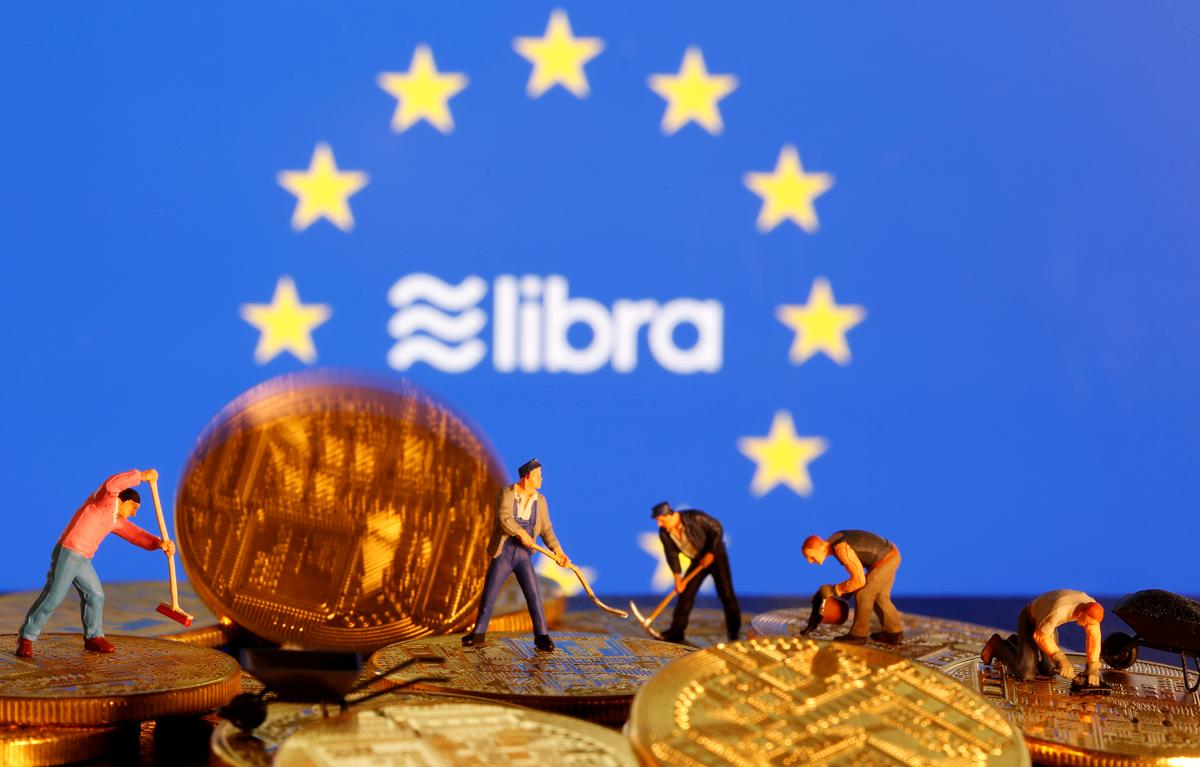 FILE PHOTO: Small toy figures are seen on representations of the virtual currency before the displayed European Union flag and the Facebook Libra logo in this illustration picture, October 20, 2019. REUTERS/Dado Ruvic/Illustration -/File Photo

BRUSSELS (Reuters) – Private digital currencies such as Facebook’s Libra should not be allowed in the European Union until the risks they could pose are clearly addressed, EU finance ministers agreed on Thursday.

The move confirms the bloc’s tough line on Libra, which has attracted criticism from global regulators over its possible impact on the financial system since it was announced last June.

Ministers also said in a joint statement they could consider EU rules to regulate crypto-assets and digital coins, like Libra, as part of a global plan. They also praised the European Central Bank’s work on a public digital currency, which could represent an alternative to private initiatives.