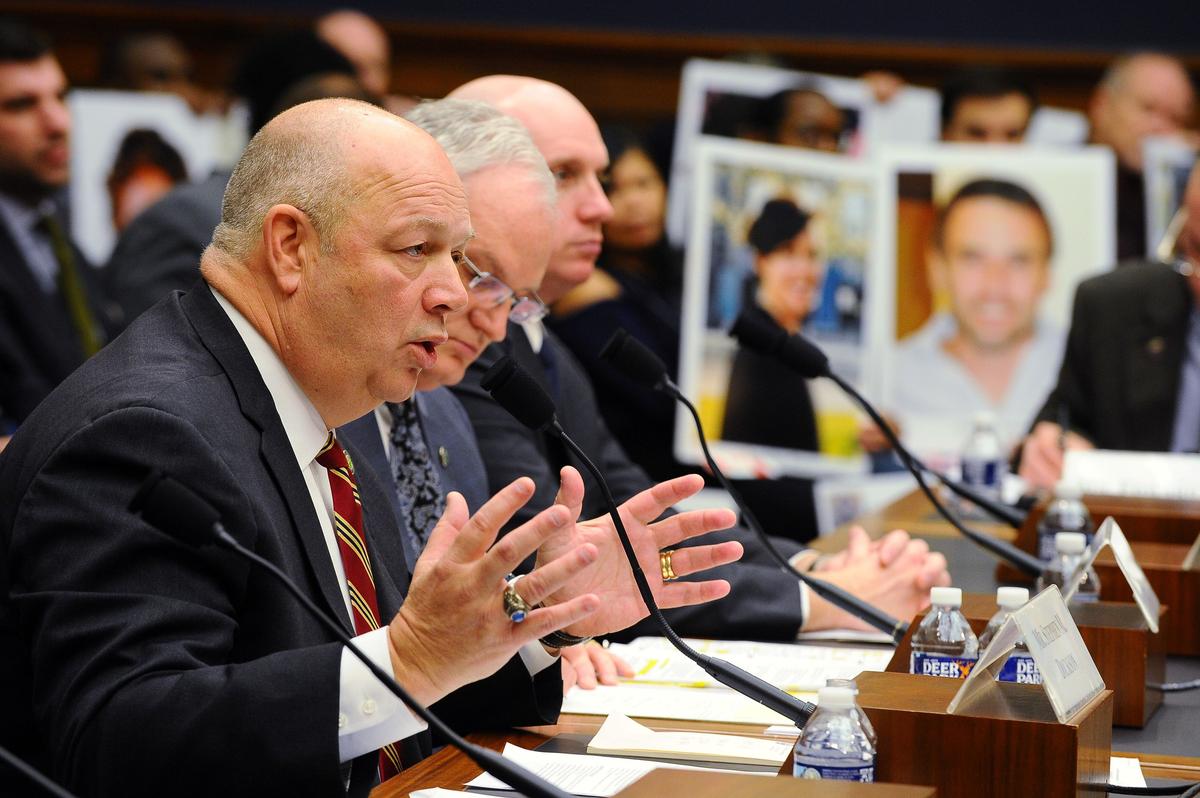 The manager, Ed Pierson, drew a link between faulty Angle of Attack sensors in two recent 737 MAX crashes that killed 346 people and what he called a “chaotic and alarming state” inside Boeing’s factory that undermined quality and safety.

“It is alarming that these sensors failed on multiple flights mere months after the airplanes were manufactured in a factory experiencing frequent wiring problems and functional test issues,” Pierson said at a hearing before U.S. lawmakers.

“I witnessed a factory in chaos,” he said.

At the hearing, U.S. FAA chief Steve Dickson confirmed the agency will not approve Boeing’s grounded 737 MAX for flight before the end of 2019, citing a series of steps that still must be completed.

Federal officials told Reuters this week that FAA approval is not likely until January at the earliest, though some U.S. officials think it may not be until at least February.

Boeing has said that a significant delay in 737 MAX approval could force it to cut or even halt production of the aircraft, which would have repercussions across its global supply chain.

The head of the International Air Transport Association, Alexandre de Juniac, warned on Wednesday that airlines were nearing the end of their ability to manage the 737 MAX shutdown smoothly.

As of now the three U.S. carriers that use the 737 MAX – Southwest Airlines Co, American Airlines Group Inc and United Airlines Holdings Inc – have canceled flights until early March 2020 but would have to extend cancellations if approval is delayed beyond January.

Airlines have said they need 30 days or more to prepare their jets and crew once the FAA gives clearance for flight.

Lawmakers questioned Dickson about an internal FAA analysis produced after the first fatal crash on a Lion Air flight in Indonesia last year that suggested serious risks of crashes over the life of the airplane and questioned why that did not prompt more aggressive action.

“Despite its own calculations, the FAA rolled the dice on the safety of the traveling public and let the 737 MAX continue to fly until Boeing could overhaul its MCAS software,” said Representative Peter DeFazio, who chairs the House Transportation and Infrastructure Committee.

Boeing said its actions after the Lion Air crash – reinforcing standard flight procedures as it worked on a software fix – were “fully consistent” with the FAA’s analysis and established process, and its own internal safety assessment.

DeFazio said the committee, which received a fresh batch of FAA documents on Monday, planned a new round of interviews with FAA officials next week. It spent seven hours interviewing the FAA’s head of safety, Ali Bahrami, last week and plans months of continued investigation.

Dickson said at the hearing Boeing could still face fines for not disclosing problems with the 737 MAX earlier.

After Dickson testified, he spoke to some of the family members of the crash victims, who pressed him to make sure there is never a similar 737 MAX crash. As Dickson departed, the mother of one of the people killed in the flights called out: “We’re relying on you.”

Reporting by David Shepardson in Washington and Eric M. Johnson in Seattle; Additional reporting by Tracy Rucinski in Chicago; Editing by Nick Zieminski and Leslie Adler