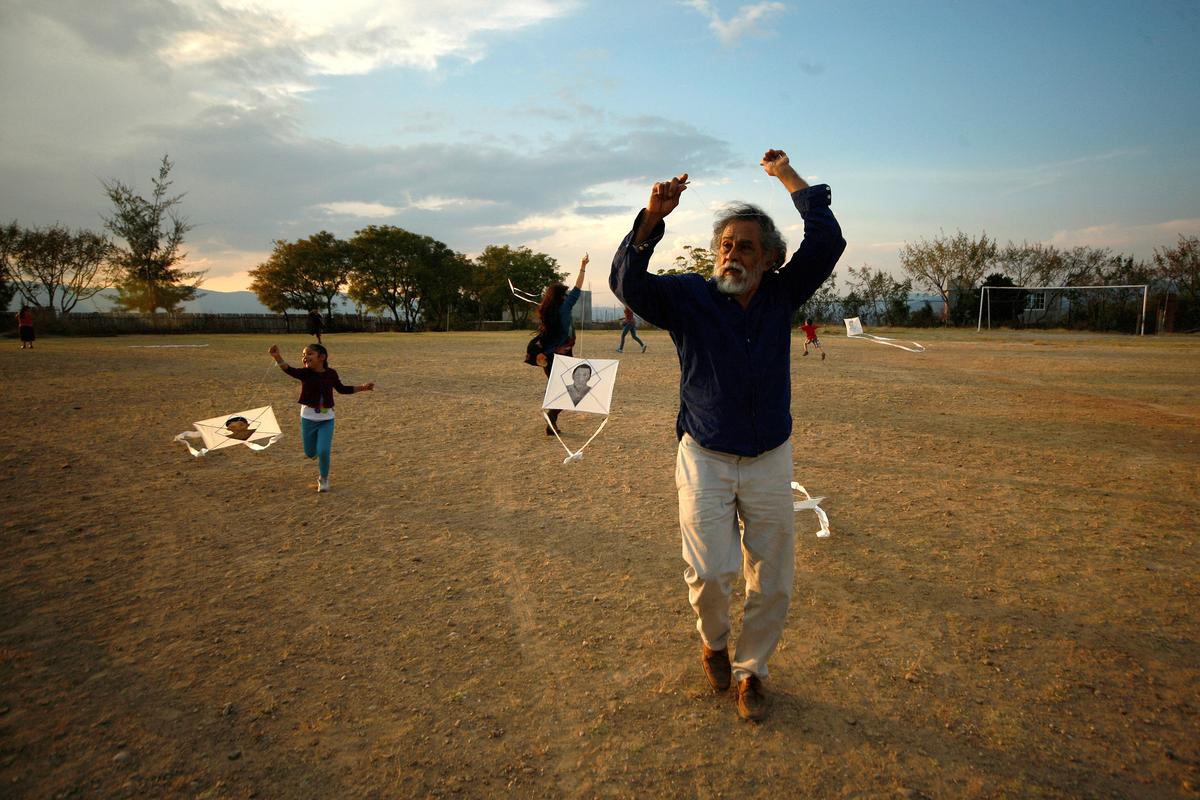 MEXICO CITY (Reuters) – Francisco Toledo, who shook up the 1960s Mexican art scene with his fresh approach to painting, sculpting, printing, tapestry weaving and preserving the cultural heritage that inspired him, died on Thursday.

“The master Francisco Toledo, Oaxacan, incredible painter and extraordinary cultural promoter, a true defender of nature, customs and traditions of our people, has passed away. Rest in peace.”

Toledo’s work, full of monkeys, insects and skeletons in earthy tones, reflected his indigenous background and love of nature.

It also marked a departure from the muralists who were heavily inspired by civil conflicts that dominated the scene for most of the first half of the 20th century.

With his messy hair, scruffy clothes and penchant for huaraches, or leather sandals, Toledo was a fierce defender of the culture of his home state, Oaxaca, the heartland of the indigenous Zapotec people.

In 2005, Toledo was awarded the Right Livelihood Award, also known as Sweden’s alternative Nobel prize, “for devoting himself and his art to the protection and enhancement of the heritage, environment and community life of his native Oaxaca.”

Auction house Christie’s said on its website that it sold one of Toledo’s pieces, created in 1975 and titled “Tortuga poniendo huevos”, Spanish for “Turtle laying eggs”, for just over $1.0 million.

Did Neanderthals bury their dead with flowers? Iraq cave yields new clues
Oil inches higher, but gains capped by widening economic impact of coronavirus outbreak
China’s Hubei to adopt thorough checks on patients to curb virus epidemic: Xinhua
The ECB wants to talk to you about inflation. But will it listen?
Uber returns to Colombia less than a month after exit