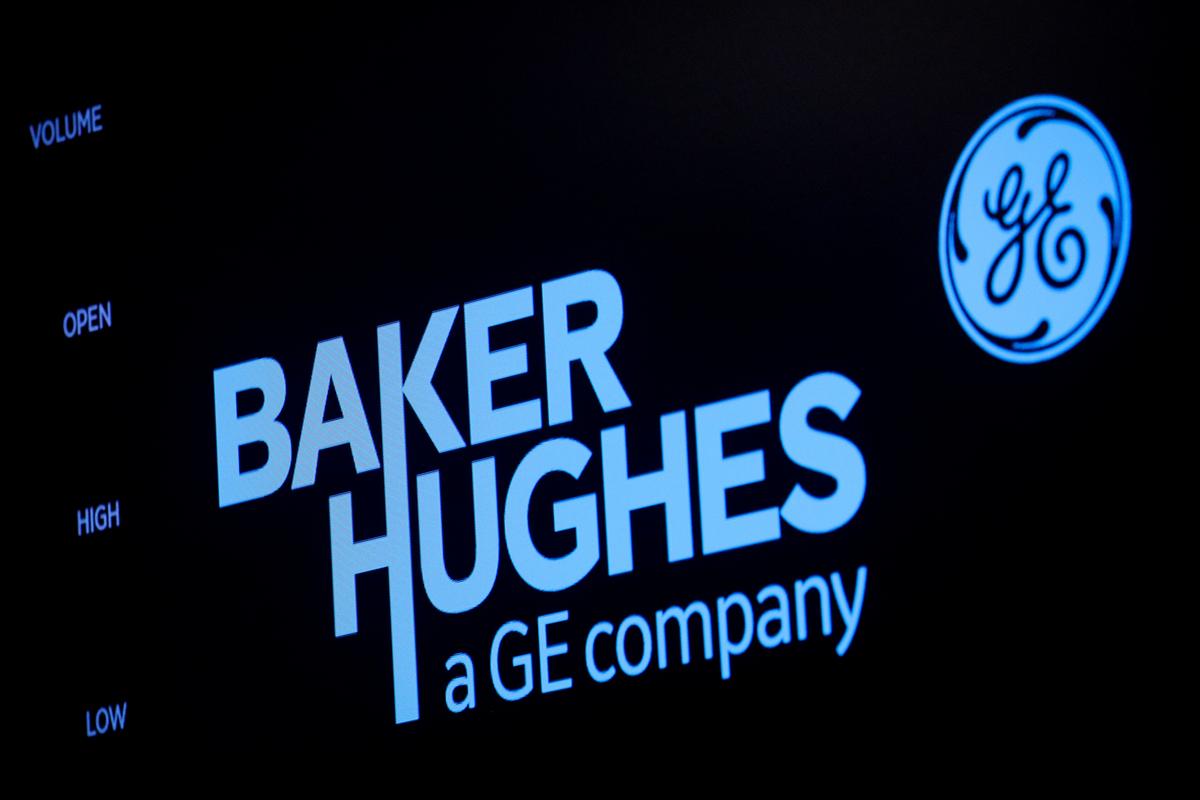 A screen displays the logo for Baker Hughes on the floor at the New York Stock Exchange (NYSE) in New York, U.S., June 24, 2019. REUTERS/Brendan McDermid

(Reuters) – General Electric Co (GE.N) is looking to raise up to $3 billion in sale of majority-owned Baker Hughes (BHGE.N) shares, resulting in a reduction of the U.S industrial conglomerate’s stake in the oilfield services provider to less than 50%, Baker Hughes said on Tuesday.

The company has cut its dividend and divested non-core assets in order to raise cash to meet its financial obligations.

GE has said previously that a reduction in its ownership interest below 50% in Baker Hughes will result in GE ‘deconsolidating’ its oil and gas business.

As part of the deal, GE is looking to sell up to 120.75 million shares, including over-allotment option, of Baker Hughes’ Class A common in a secondary offering. Baker Hughes will additionally repurchase $250 million of Class B common stock from GE in a private transaction.

Baker Hughes said the deal would also shrink the industrial conglomerate’s presence on the oilfield services company’s board to one from five seats.

General Electric wants John Rice to be its designated member on the Baker Hughes board, while Lorenzo Simonelli and Geoffrey Beattie are expected to continue as directors, but not as GE representatives.

Reporting by Debroop Roy and Ankit Ajmera in Bengaluru; Editing by Shailesh Kuber