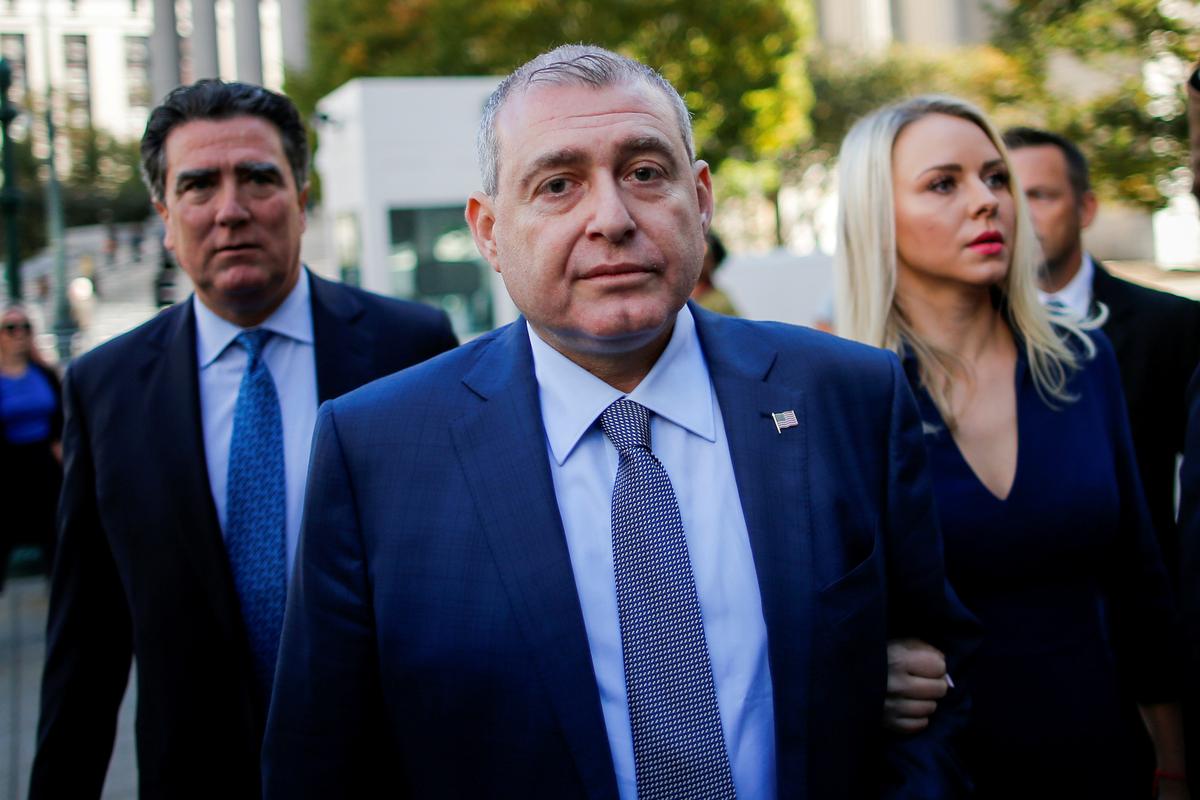 (Reuters) – Lev Parnas, an associate of U.S. President Donald Trump’s personal lawyer, Rudy Giuliani, and a possible witness in the impeachment inquiry against the Republican President, is expected to appear in federal court on Monday in a criminal campaign finance case.

Parnas, a Ukraine-born businessman now living in Florida, and another Giuliani associate, Belarus-born Igor Fruman, were arrested in October on charges of illegally funneling money to a pro-Trump election committee and other politicians. Both men have pleaded not guilty.

Fruman, who is under house arrest in Florida, is not expected to appear at Monday’s pretrial hearing before U.S. District Judge Paul Oetken.

A lawyer for Parnas could not be reached for comment. A lawyer for Fruman declined to comment, as did a spokesman for the Manhattan U.S. Attorney’s Office, which is prosecuting the case.

The case against Parnas and Fruman comes as federal prosecutors are examining payments made to Giuliani as part of an active criminal investigation, according to a grand jury subpoena seen by Reuters.

Giuliani has not been charged with a crime and has denied wrongdoing.

Giuliani has emerged as a central figure in the fast-moving impeachment inquiry into whether Trump abused his office for personal political gain by pressing Ukraine to investigate Trump’s political rival, former Vice President Joe Biden and his son Hunter, who served as a director on the board of a Ukrainian energy company.

Prosecutors have accused Parnas and Fruman of using a shell company to donate $325,000 to a pro-Trump election committee and of raising money for former U.S. Representative Pete Sessions of Texas as part of an effort, ultimately successful, to have the president remove Marie Yovanovitch as ambassador to Ukraine.

Prosecutors said they worked with two other men, Andrey Kukushkin and David Correia, in a separate scheme to channel donations from a Russian businessman to U.S. politicians in order to support a proposed marijuana business.

Kukushkin and Correia are also charged in the case and are expected to appear at Monday’s hearing. Their lawyers could not immediately be reached for comment.