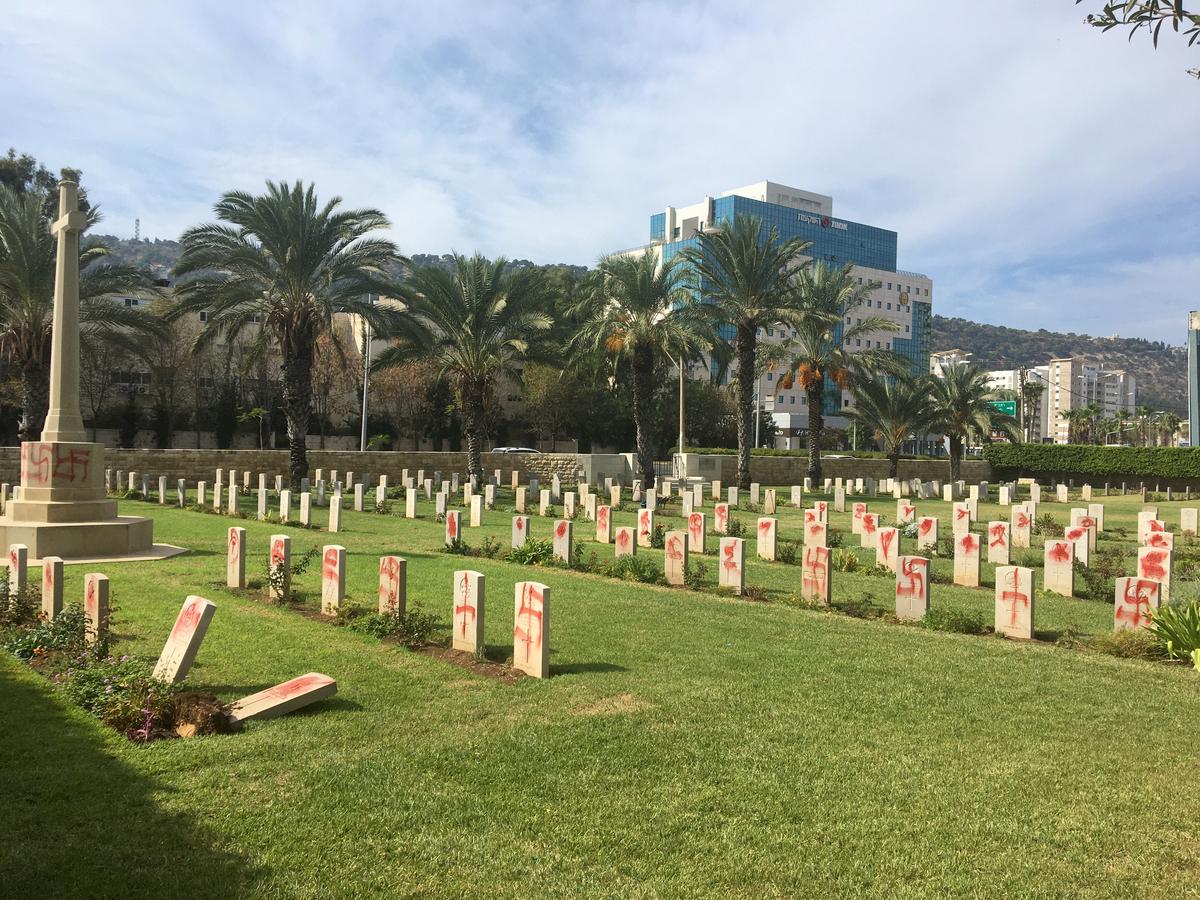 Graffiti of swastikas and other signs can be seen on headstones at the Haifa War Cemetery, where about 350 Commonwealth soldiers killed in World War One and World War Two are buried, Haifa Israel October 11, 2019. REUTERS/Herzie Shapira

JERUSALEM (Reuters) – Dozens of gravestones at a Commonwealth military cemetery in Israel were desecrated in what the Israeli foreign ministry said on Saturday was a suspected hate crime.

The Haifa War Cemetery is the burial site of about 340 Commonwealth soldiers, most of them killed in World War One and some in World War Two.

Photographs showed at least 30 tombstones sprayed with red paint. Some, including a Christian memorial topped with a stone cross, were daubed with swastikas.

The vandalism was discovered on Friday.

Prime Minister Benjamin Netanyahu said in a statement that the graves’ desecration was “an abhorrent crime” and that Israel would do everything possible to find the perpetrators and bring them to justice.

Britain captured Palestine from the crumbling Ottoman Empire during World War One in 1917, and later governed it under an international mandate.

According to The Commonwealth War Graves Commission, 86 of the 305 World War One Commonwealth burials at the cemetery are unidentified and 36 World War Two casualties are also buried at the site.