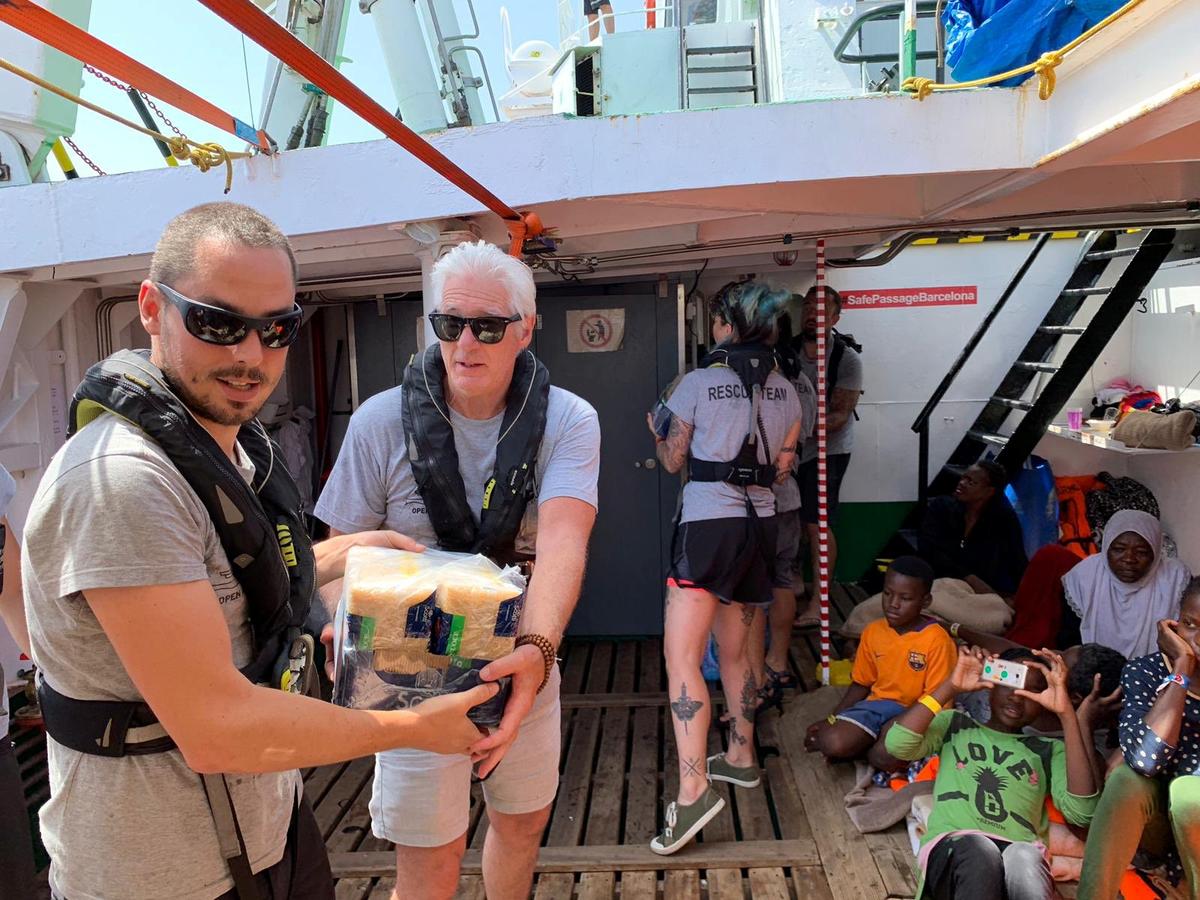 MADRID (Reuters) – American actor Richard Gere on Friday visited 121 migrants stranded for the past week on a rescue ship in the Mediterranean, as the European Union’s executive urged member countries to show solidarity in finding a solution.

Arriving on a boat outfitted with a banner reading “You are not alone,” the 69-year-old Hollywood star brought water and other supplies to the ship Open Arms, speaking to several migrants about their experience of fleeing war-torn Libya.

“The most important thing for these people here is to be able to get to a free port, to get off the boat, to get on land and start a new life,” Gere said in a video posted online. “Please support us here on Open Arms and help these people, our brothers and sisters.”

The migrants, including 32 minors, were rescued last Thursday by the Barcelona-based charity and the ship is now floating in international waters near the Italian island of Lampedusa. The fate of the migrants has been in limbo since Italy and Malta rejected requests to disembark them.

Italian authorities in particular have been at odds with humanitarian groups that pick up migrants off the coast of Libya with the aim of bringing them to Italy, preventing them from docking until other EU countries agree to take in most of them.

Earlier this week European Parliament speaker David Sassoli urged the European Commission to help the migrants, noting that if Europe is incapable of offering them protection, “it will mean that it has lost its soul, as well as its heart”.

On Friday EU Commission spokeswoman Annika Breidthardt said it had not initiated coordination on the issue as there had been no request to do so from any EU member state.

“We have, however, independently of the letter received from the president of the European Parliament, reached out to member states asking them to show solidarity, and to contribute to finding a solution for the persons onboard,” she said.