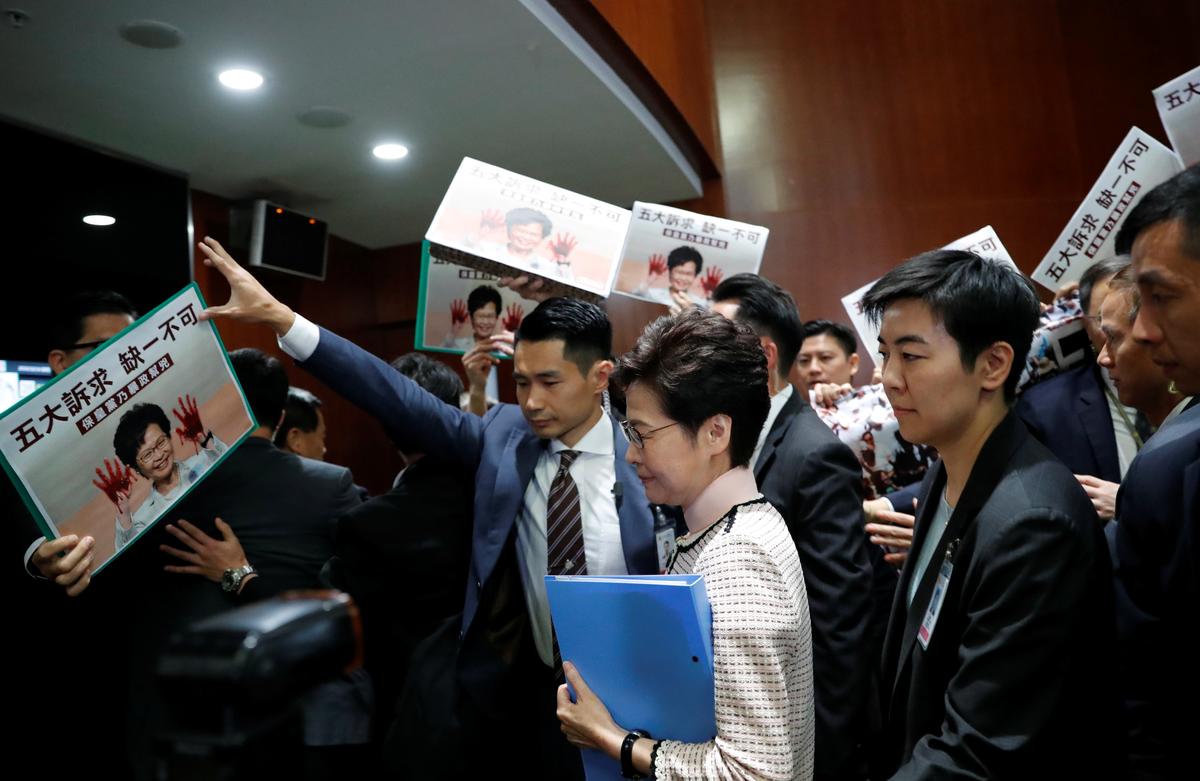 HONG KONG (Reuters) – Hong Kong leader Carrie Lam was forced to abandon her annual policy address on Wednesday after some lawmakers jeered as she began speaking, causing an unprecedented cancellation of such a speech in the legislature of the Chinese-ruled city.

Lam, who has rejected calls to stand down, had been set to announce a raft of property initiatives, in a bid to restore confidence in her administration after more than four months of anti-government protests.

Pro-democracy lawmakers yelled “Five demands, not one less” as they heckled Lam, who faces immense pressure to regain trust and resolve the city’s biggest political crisis in decades, in a disruption that forced the meeting to be adjourned twice.

The expression has become one of the movement’s rallying calls, referring to protesters’ five main demands, which include universal suffrage and an independent inquiry into what they say has been excessive force by police in dealing with demonstrations.

Some of the lawmakers wore masks of Chinese President Xi Jinping inside the chamber as they held up posters calling for the five demands to be met.

Security was very tight ahead of Lam’s third policy address, with riot police stationed outside and water cannon on standby.

She was speaking hours after the U.S. House of Representatives passed three pieces of legislation related to the Hong Kong protests, drawing a swift rebuke from Beijing, which accused the lawmakers of “sinister intentions” of undermining stability in the Asian financial hub.

One of the measures, the Hong Kong Human Rights and Democracy Act, would require the U.S. secretary of state to certify every year that Hong Kong retained its autonomy in order to keep receiving the special treatment that has allowed it to be a major financial center.

Lam has ruled out making any concessions to the protesters in the face of escalating unrest, saying, “Violence would only breed more violence.”