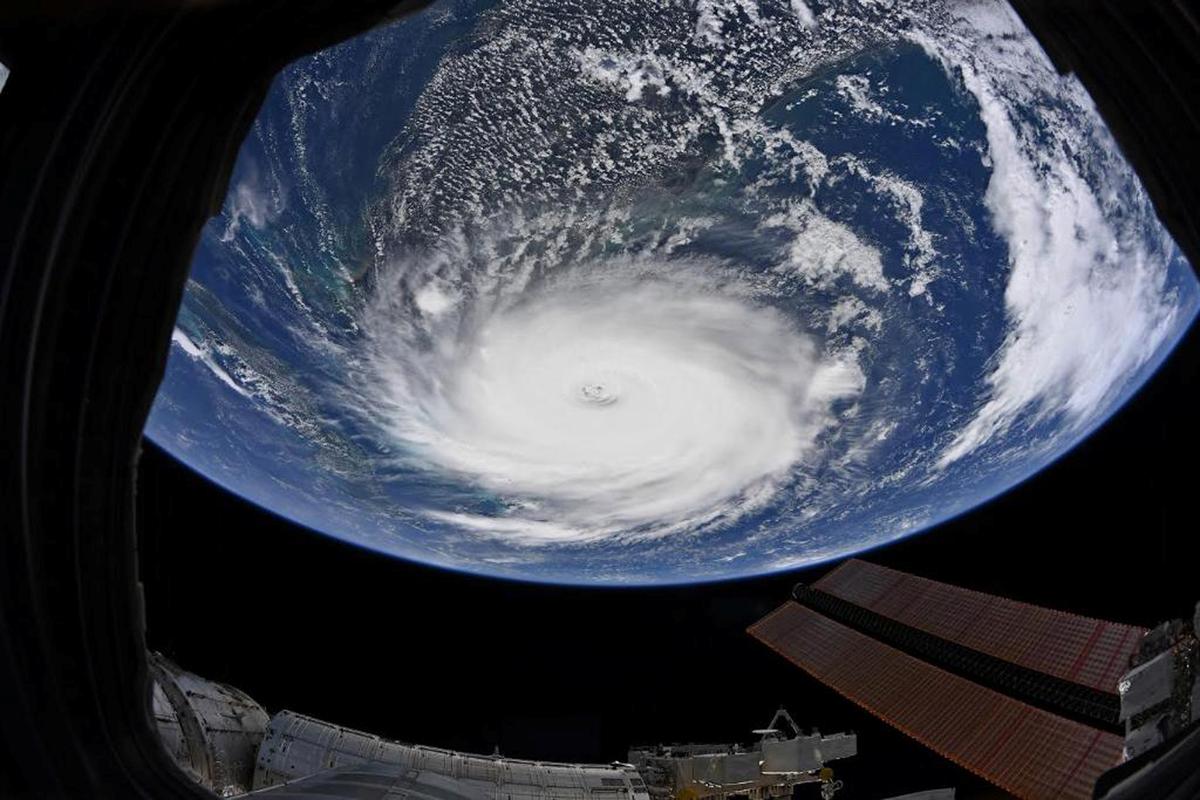 MARSH HARBOUR, Bahamas (Reuters) – Hurricane Dorian grew in size and picked up speed on Tuesday and forecasters said it would come “dangerously close” to Florida’s east coast in the next 36 hours after cutting a destructive path through the northern Bahamas that killed at least five people.

Dorian, which over the weekend had been one of the most powerful Atlantic hurricanes on record, inundated homes with floodwater in the Abaco Islands in the northern Bahamas ahead of its expected advance on the U.S. East Coast, where more than a million people had been ordered evacuated.

The hurricane weakened early on Tuesday to a Category 2 on the five-step Saffir-Simpson Wind Scale, packing maximum sustained winds of 110 miles per hour (175 km per hour) and moving northwest at 5 mph (8 kph), the Miami-based National Hurricane Center said. Still, the NHC warned that Dorian remained dangerous as it churned about 105 miles (170 km) east of Fort Pierce, Florida.

The exact toll of the devastation in the Bahamas will not be clear until the storm completely passes and rescue crews can get on the ground. Dorian lashed the islands, including Grand Bahama Island, for almost 24 hours.

“We have not been able to assess the damages on Grand Bahama Island just yet. We expect it to be very devastating and the damage to be extreme,” said Theo Neilly, the Bahamian consul general in Washington.

He added that the sea surge from the storm was high and people were still trapped in their homes and attics.

Speaking to CNN, Iram Lewis, a member of Parliament, said the death toll would likely climb.

“It is safe to say, unfortunately, that that number will go up,” Lewis said, noting many destroyed houses, felled trees and stunned residents on a survey of areas pounded by the storm. “It is just unbelievable.”

As many as 13,000 homes in the Bahamas may have been destroyed or severely damaged, the International Federation of Red Cross and Red Crescent Societies said.

Abaco may require food for 14,500 people and Grand Bahama for 45,700 people, the U.N. World Food Programme said in a statement. The preliminary estimates were based on an assessment by representatives from Caribbean countries, the WFP and other organizations.

The U.S. military has been authorized to provide logistics, health and engineering support to the Bahamas for up for 14 days if needed, General Terrence O’Shaughnessy, the head of U.S. Northern Command, told reporters on Tuesday.

Efforts to reach officials in the Bahamas by phone on Tuesday were unsuccessful.

Dorian was expected to bring hurricane conditions to Florida overnight, before bringing its powerful winds and dangerous surf along the coasts of Georgia, South Carolina and North Carolina by late Thursday.

Forecasters have told Floridians not to become complacent. Dorian could drive seawater inland as it approaches, with parts of the northern Florida and Georgia coasts seeing as much as 7 feet (2.1 meters), said NHC Director Ken Graham, urging residents of coastal areas to obey any evacuation orders.

Nine counties in Florida have issued mandatory evacuation orders. They included parts of Duval County, which includes Jacksonville, one of Florida’s two biggest cities, and some areas in Palm Beach County, home to Trump’s Mar-a-Lago resort.

After days of warnings to flee a storm that at its peak was rated at the top of the scale of hurricane strength, many residents of Florida’s coast remained unsure whether to wait it out or evacuate.

“I know it’s a mandatory evacuation, but everyone I talked to is staying, and I don’t know what to do. But I’m going to be ready and packed up in case I need to get on the road if they close those bridges,” Linda Cassano, a 53-year-old beautician who lives on Jacksonville Beach said as she stocked up on water and food. “What deterred me is everything was open, the garbage man came today, the post office was delivering, so those things kind of make you indecisive.”

“It’s like a ghost town. People really packed it up and left. I went running – I was running partly in the road because there was no one there,” Ross said in a phone interview. “I think people know the drill and have places set up to stay.”

Orlando International Airport ceased commercial operations because of the storm, it said in a statement.

Walt Disney World Resort (DIS.N) in Orlando will close early on Tuesday, it said in a statement.

The governors of Georgia, South Carolina and North Carolina have ordered evacuations of some coastal counties.