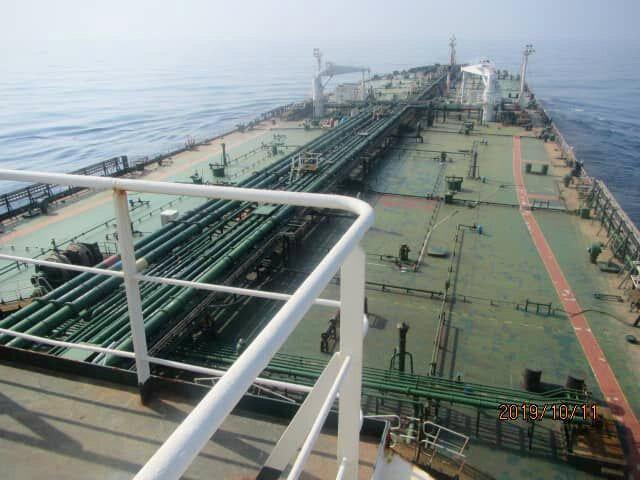 DUBAI (Reuters) – An Iranian government spokesman on Saturday described as a “cowardly attack” an incident that Iranian media have called the apparent targeting by missiles of an Iranian-owned oil tanker, and said Iran would respond after the facts had been studied.

“Iran is avoiding haste, carefully examining what has happened and probing facts,” spokesman Ali Rabei was quoted as saying by the official news agency IRNA.

“An appropriate response will be given to the designers of this cowardly attack, but we will wait until all aspects of the plot are clarified,” he said.

The tanker Sabiti was apparently hit in Red Sea waters off Saudi Arabia on Friday, Iranian media have reported, an incident that could stoke friction in a region rattled by attacks on tankers and oil installations since May.

Leakage of cargo from the tanker has been stopped as it heads for the Gulf, the semi-official Iranian news agency Mehr reported.

“The tanker is heading for Persian Gulf waters and we hope it will enter Iranian waters safely,” Mehr quoted an unnamed official as saying. “The cargo leakage has stopped.”

The incident, yet to be independently confirmed, is the latest involving oil tankers in the Red Sea and Gulf region, and may ratchet up tensions between Iran and Saudi Arabia, long-time regional adversaries fighting a proxy war in Yemen, which lies at the southern end of the Red Sea.

The United States, embroiled in a dispute with Iran over its nuclear plans, has blamed Iran for attacks on tankers in the Gulf in May and June as well as for strikes on Saudi oil sites in September. Tehran has denied having a role in any of them.

Saudi Arabia had no immediate comment on Friday’s reported attack on the Iranian-owned tanker.

The U.S. Navy’s Fifth Fleet, which operates in the region, said it was aware of the reports but had no further information.

There was no claim of responsibility for the reported incident.

Political risk consultancy Eurasia Group said it did not have firm evidence about who may have been behind the incident.

“The proximity of the tanker at the time of the attack to Saudi Arabia’s Jeddah port might imply that the missiles could possibly have been launched from the kingdom.

“Another plausible theory is that it was an Israeli sabotage operation…The purpose would be to disrupt Iranian tanker activity in the Red Sea corridor as it heads towards the Suez Canal. A third possibility would be that the attack was conducted by a terrorist group,” Eurasia said in a statement.

Iran’s Foreign Ministry said the ship was hit twice, without saying what struck it. State television broadcast images from the Sabiti’s deck saying they were taken after the attack but showing no visible damage. The ship’s hull was not in view.

The Red Sea is a major global shipping route for oil and other trade, linking the Indian Ocean with the Mediterranean via the Suez Canal.

Crude prices jumped briefly on the news of the alleged attack and industry sources said it could drive up already high shipping costs.