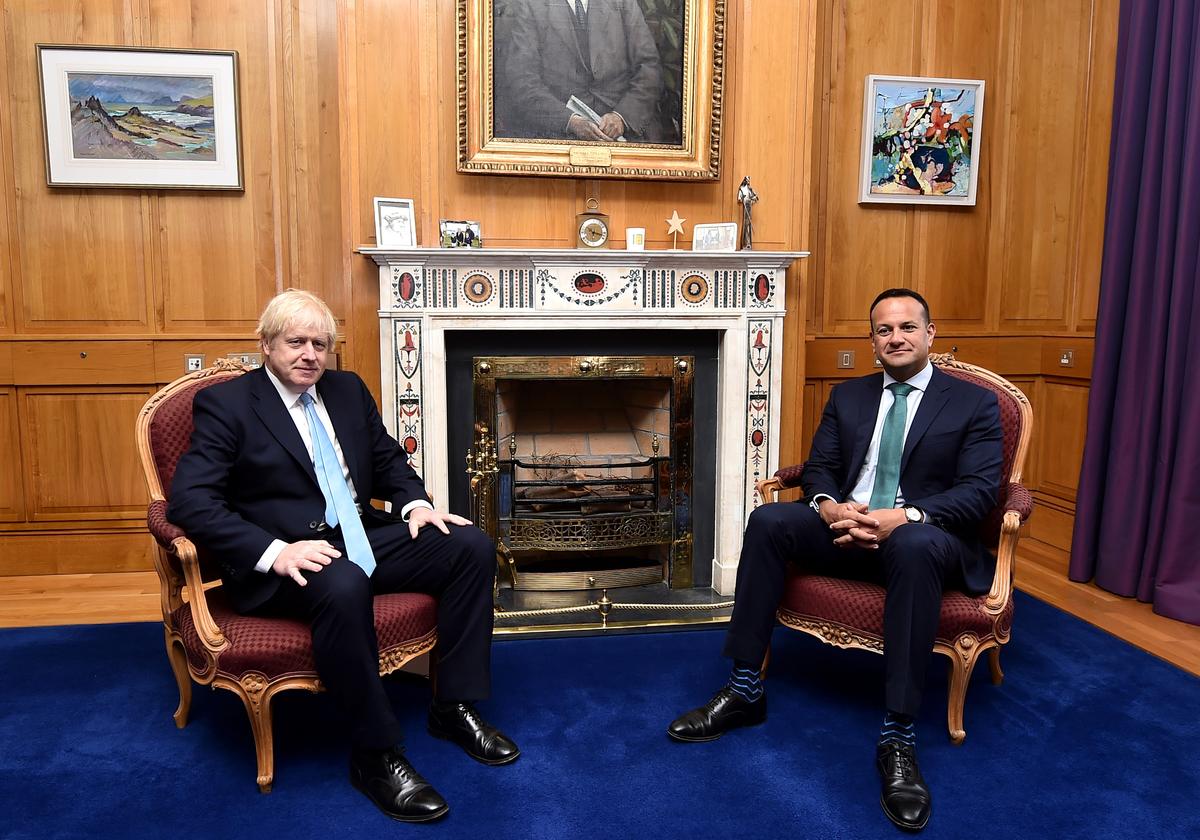 DUBLIN (Reuters) – British Prime Minister Boris Johnson and his Irish counterpart Leo Varadkar established some common ground on Brexit on Monday when they met for the first time, but significant gaps remain, after the British and Irish governments said.

In a joint statement, the two governments said there were committed to securing a Brexit agreement with the European Union, and that the meeting was an essential and timely opportunity to establish a relationship and better understand each other’s positions.

“While they agreed that the discussions are at an early stage, common ground was established in some areas although significant gaps remain,” the governments said after the hour-long meeting.