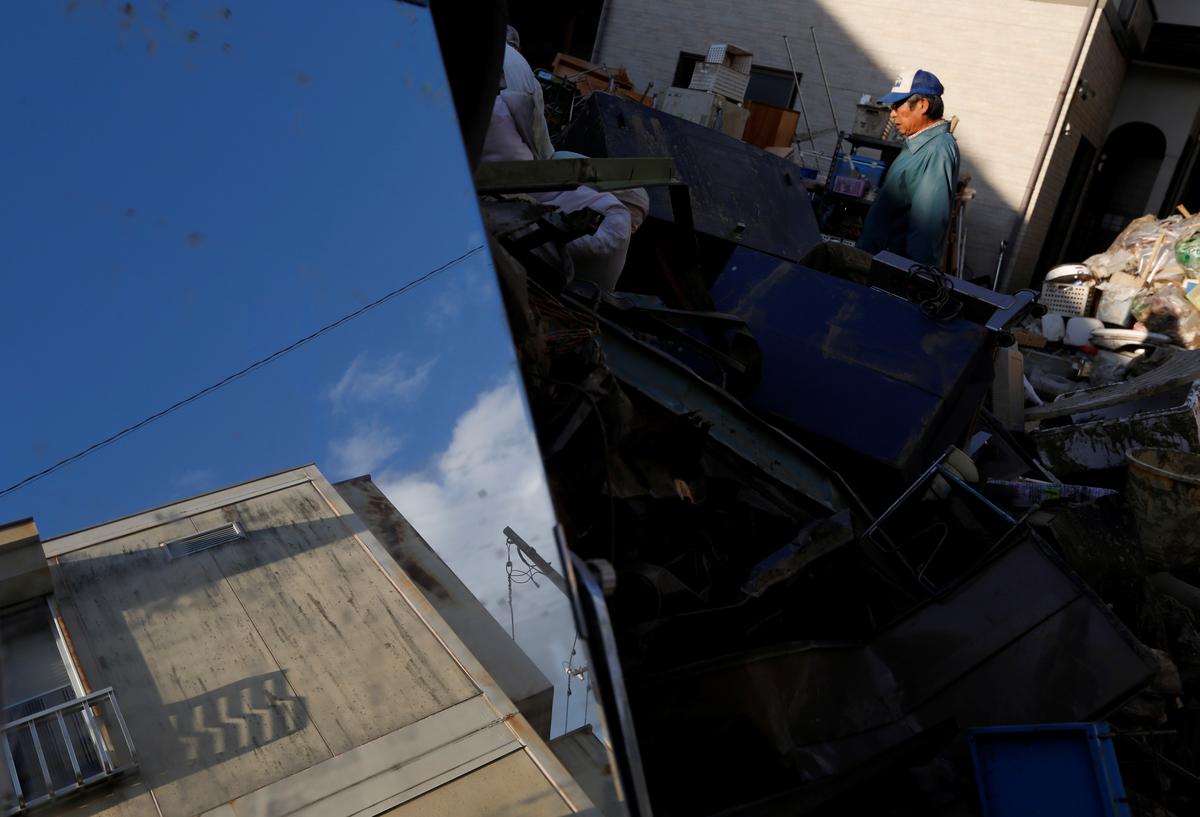 DATE, Japan (Reuters) – Rescue workers in Japan searched for the missing on Wednesday as the death toll from one of the worst typhoons to hit the country rose to 74, public broadcaster NHK said, many drowned by flooding after scores of rivers burst their banks.

Public broadcaster NHK said 12 were missing and more than 220 injured after Typhoon Hagibis lashed through the Japanese archipelago at the weekend. Throughout the eastern half of the main island of Honshu, 52 rivers had flooded over.

Residents in Fukushima prefecture, which has seen the highest number of casualties, were busy dumping water-damaged furniture and rubbish onto the streets. Many elderly remained in evacuation centers, unable to clean up their homes.

In Date city, not far from the site of the nuclear disaster in 2011, farmer Masao Hirayama piled damp books in the street in front of his house, adding to a mound of rubbish from the neighborhood.

He said the water had reached about 2 meters (6.6 feet) deep in his house, when he and his son were rescued by boat and taken to an evacuation center. His wife and grandchildren had stayed with relatives through the storm.

“I feel down,” Hirayama, 70, said, adding that the flood had swept away all his green houses and farming equipment. “All that is left is the land.”

Hirayama said he had rebuilt his house in 1989, raising the ground level following a flood in 1986. His family plan to live on the second floor until he can make repairs, which he reckons could take three months.