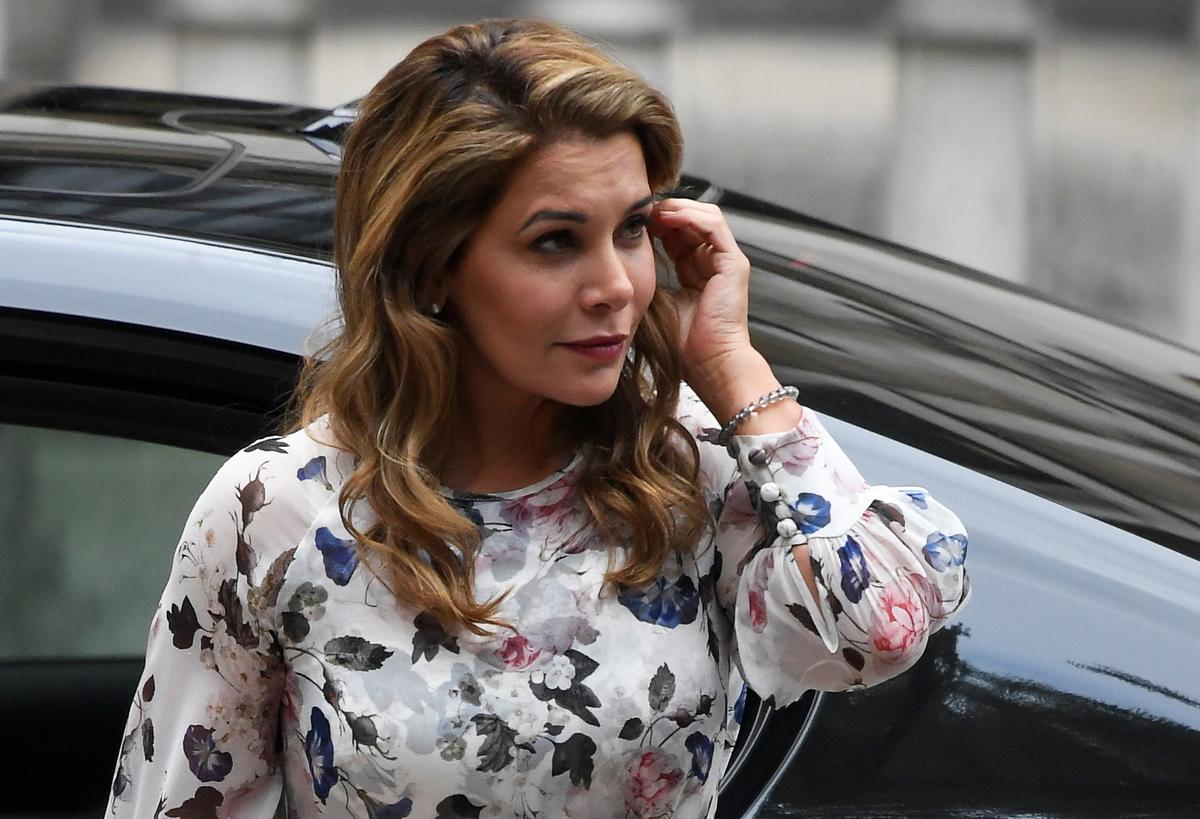 AMMAN (Reuters) – Jordan is staying silent about a legal battle pitting a Jordanian princess against her estranged husband, the ruler of Dubai, as King Abdullah seeks to contain any fallout from a case involving his half-sister and a vital Gulf ally.

Jordan’s state-run media made no mention of the London court hearing where Princess Haya, wife of Sheikh Mohammed bin Rashid al-Maktoum, applied for a “forced marriage protection order” in relation to one of her two children.

Princess Haya is a daughter of the late King Hussein, who is revered in Jordan and is seen in the West as one of the region’s great leaders. In proceedings disclosed on Tuesday, she also applied in England’s High Court for a “non-molestation order,” which protects from harassment or threats.

It was not clear who this order was in relation to. She also applied for a wardship, which means a child is placed in the hands of the court for major decisions.

While Jordan’s official media made no mention of the case – the main daily Al Rai carried a frontpage story on the king meeting top achievers in high school exams – some Jordanians took to social media to express solidarity with Princess Haya.

He was responding to apparent criticism of Princess Haya from a prominent Emirati political scientist on Tuesday.

“A sensible and respectable princess of strong lineage does not flee, kidnap, disappear or show ingratitude, and certainly does not trouble the spirit of someone who cherished, loved and provided for her and treated her with dignity …” the Emirati political scientist, Abdulkhaleq Abdulla, wrote on Twitter.

Princess Haya wed the 70-year-old sheikh, who is also vice-president of the UAE, in 2004 in what was believed to be his sixth marriage. He has more than 20 children by different wives.

Last September Amnesty International said Sheikha Latifa bint Mohammed al-Maktoum, one of the sheikh’s daughters by a different wife, was believed to be held incommunicado in an undisclosed location in the UAE after being forcibly returned in March after fleeing Dubai with the help of friends on a boat that was later intercepted.

Princess Haya, 45, is the daughter of Jordan’s late Queen Alia, a popular figure with Palestinian roots who died in a helicopter crash in 1977. The princess, who competed in equestrian events in the 2000 Olympics, and her brother Prince Ali are seen by many Jordanians as charismatic members of the Hashemite royal family.

Two Jordanian sources close to Princess Haya said her decision to fight her legal battle in London while steering clear of Jordan was meant partly to spare King Abdullah and the Hashemites any diplomatic incident.

Jordan and the UAE, both U.S. allies, are eager to show the case will have no bearing on their relations, analysts said.

State-owned Jordanian papers and television gave extensive coverage to the visit, showing the king walking the red carpet and being received by a guard of honor. It was King Abdullah’s second visit to the UAE in a month.

“It was a very clear message from the Emirates that our alliance is steadfast despite all what happened and will remain strong,” said Fares Braizat, chairman of NAMA Strategic Intelligence Solutions, a policy research firm.

Together with Saudi Arabia and Kuwait, the UAE has extended significant financial support to help heavily indebted Jordan through years of economic turmoil and political upheaval in the region. Many Jordanians work there.

Human Rights Watch said Princess Haya’s case underlined the plight of women who try to flee the UAE, where the law denies them the right to make their own decisions on marriage.

“Princess Haya was lucky enough to be able to leave Dubai with her children…That is not the reality for a lot of women,” said Rothna Begum, HRW women’s rights researcher.

According to a UAE government portal outlining legal requirements for a Muslim marriage, a woman needs the consent of her guardian to get married. A marriage cannot take place without approval of the bride, it says.

Women who have fled Saudi Arabia and other Gulf countries in the past several years often say they are escaping domestic abuse or forced marriages. Some have been granted asylum by other nations, but others have been forcibly returned to their countries by authorities at the request of their families.