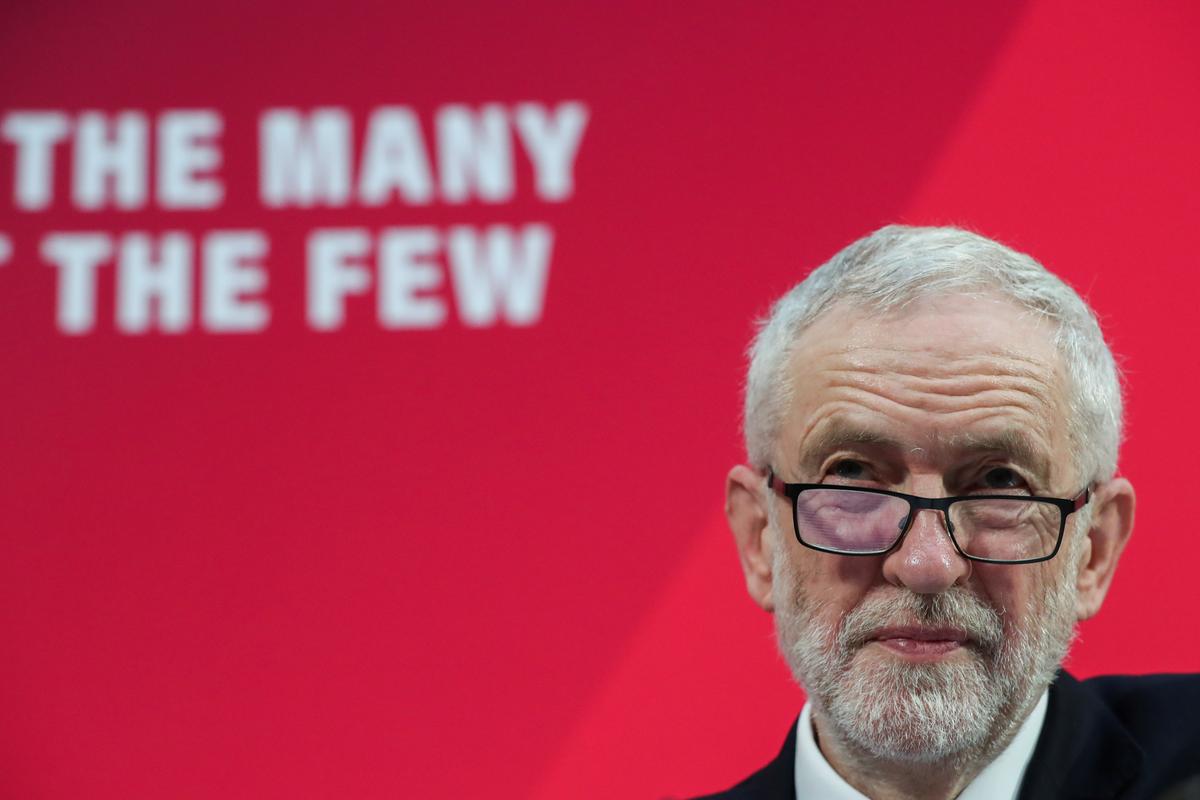 LONDON (Reuters) – British opposition Labour leader Jeremy Corbyn said on Friday he had a confidential government report which showed there would be customs checks between Northern Ireland and mainland Britain under a Brexit deal negotiated by Prime Minister Boris Johnson.

“This is the cold, hard evidence that categorically shows the impact Johnson’s damaging Brexit deal will have on large parts of our country,” Corbyn said in a speech in London.

Johnson’s main campaigning message ahead of next week’s election is that he would ‘get Brexit done’ three years after the 2016 referendum, but Corbyn said the slogan was misleading.

He said the prime minister wanted Britons to vote blind of the facts, saying the leaked government document revealed that there would be customs declarations and security checks between Britain and Northern Ireland which he argued contradicted Johnson’s claim there would be no border in the Irish sea.

Labour’s Brexit plan is to negotiate a new deal with the European Union to include a customs union and then hold another referendum on whether to accept it, although Corbyn himself has vowed to remain neutral.

“Once the decision has been made we will need a prime minister able to speak to both sides if we are to bring the country together,” Corbyn said. “I think we’ve had just about enough of this division.”