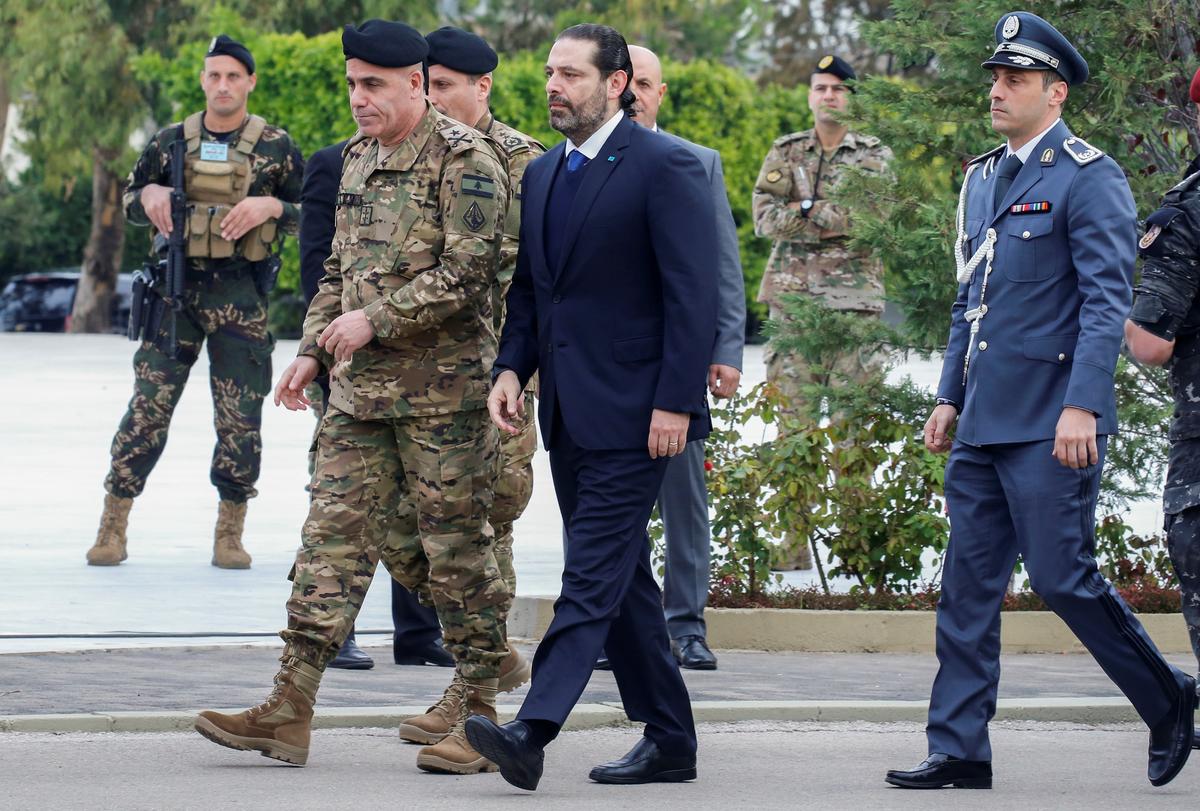 BEIRUT (Reuters) – Lebanon’s leading Sunni Muslim politician, Saad al-Hariri, re-emerged as a candidate for prime minister on Sunday when businessman Samir Khatib withdrew his candidacy to lead a government that must tackle an acute economic crisis.

Hariri quit as prime minister on Oct. 29, prompted by mass protests against an entire political class blamed for state corruption and steering Lebanon into the worst economic crisis since the 1975-90 civil war.

Under the country’s power sharing system, the prime minister must be a Sunni Muslim. Hariri has continued to govern in a caretaker capacity until a new prime minister is named.

After Hariri quit, talks to agree a new cabinet became mired in divisions between Hariri, who is aligned with Western and Gulf Arab states, and adversaries including the Iran-backed Shi’ite group Hezbollah. Last month Hariri officially withdrew his candidacy to be prime minister.

A consensus on Khatib appeared to form last week among the main parties, including Hariri. But Khatib failed to win enough backing from the Sunni Muslim establishment for the position.

“I learned … that as a result of meetings and consultations and contacts with the sons of the (Sunni) Islamic sect, agreement was reached on nominating Saad al-Hariri to form the coming government,” Khatib said.

Khatib later went to see Hariri at his Beirut residence where he announced the withdrawal of his candidacy.

There was no immediate statement from Hariri.

Formal consultations to designate the new prime minister have been scheduled for Monday at the presidential palace. President Michel Aoun must designate the candidate with the greatest level of support among Lebanon’s 128 lawmakers.

Political sources said it was not immediately clear if the consultations would go ahead as planned.

But if they did, it would now seem logical for lawmakers in Hariri’s Future Movement to nominate him again, Future Movement official Mustafa Alloush told Reuters, noting the absence of any other candidate.

In recent days, in his role as caretaker prime minister, Hariri appealed to friendly foreign states to help Lebanon secure credit lines for essential imports as the country grapples with a hard currency shortage.

He has said he would return as prime minister only if he could lead a government of specialist ministers which he believes would satisfy protesters and be best placed to deal with the economic crisis and attract foreign aid.

But this demand has been rejected by groups including Hezbollah and its ally Aoun, a Maronite Christian. Both say the government must include politicians.