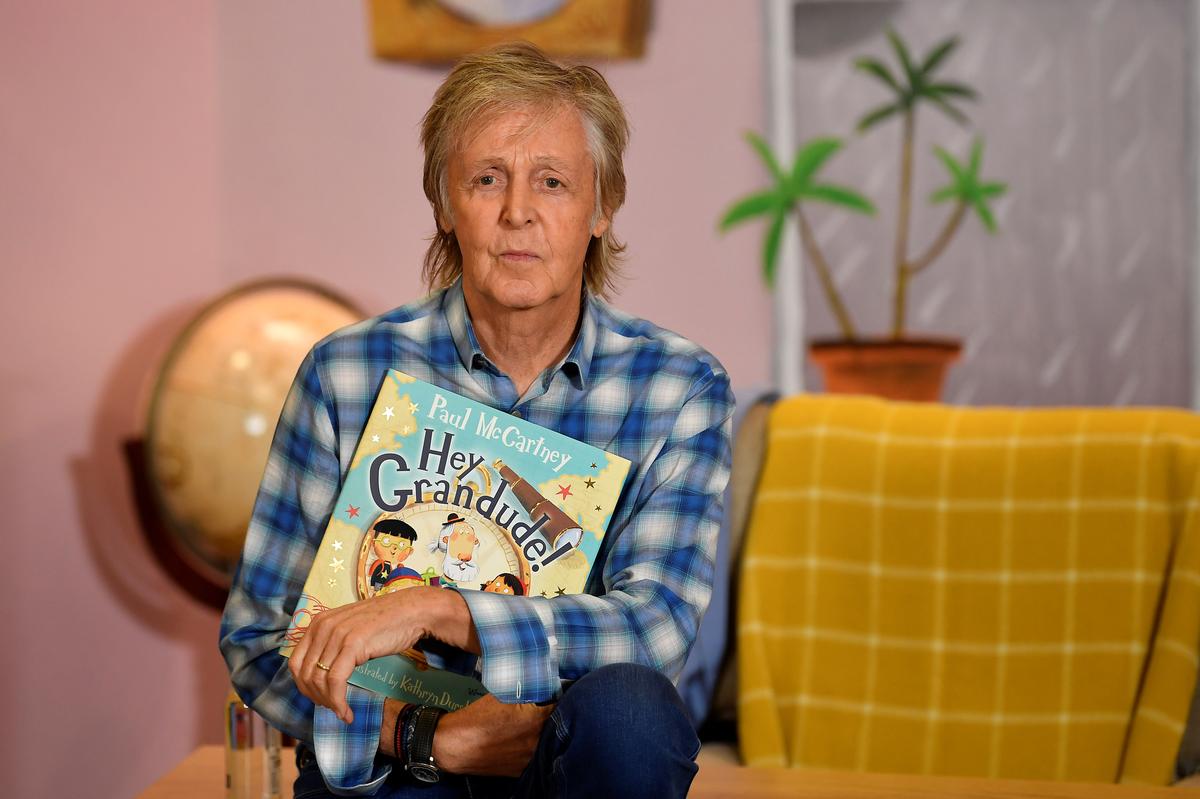 LONDON (Reuters) – He may be one of the world’s most famous musicians, but Paul McCartney is also just a regular grandfather – and that is the experience he draws on for his new children’s book “Hey Grandude!”.

While the title is a nod to one of The Beatles’ best known songs, “Hey, Jude”, it is inspired by a nickname given to McCartney, 77, by one of his eight grandchildren.

“One of them just said to me one day ‘Hey granddude’,” the former Beatle told a group of schoolchildren at the launch in a London bookstore on Friday.

“I thought ‘Oh, he said ‘hey granddude’. And I said ‘Wait a minute, you normally call me grandad’ and he said ‘No I like the sound of grandude’. So that is what inspired me to write the book.”

Kate Hardcastle, from Yorkshire in northern England, was in the audience with her 3-year-old twins Jude and Martha.

“I’ve been a Paul McCartney fan since I remember. My mum and dad were huge Beatles fans, and … the legacy’s carried on,” said the 42-year-old.

“So, these are two of my three children, they are Martha and Jude named after the Beatles songs, and it’s just been a huge honor to be part of all today.”

Publishers Puffin describe the book as a wild and wonderful adventure with a twist of magic inspired by McCartney’s own experience of being a grandfather.