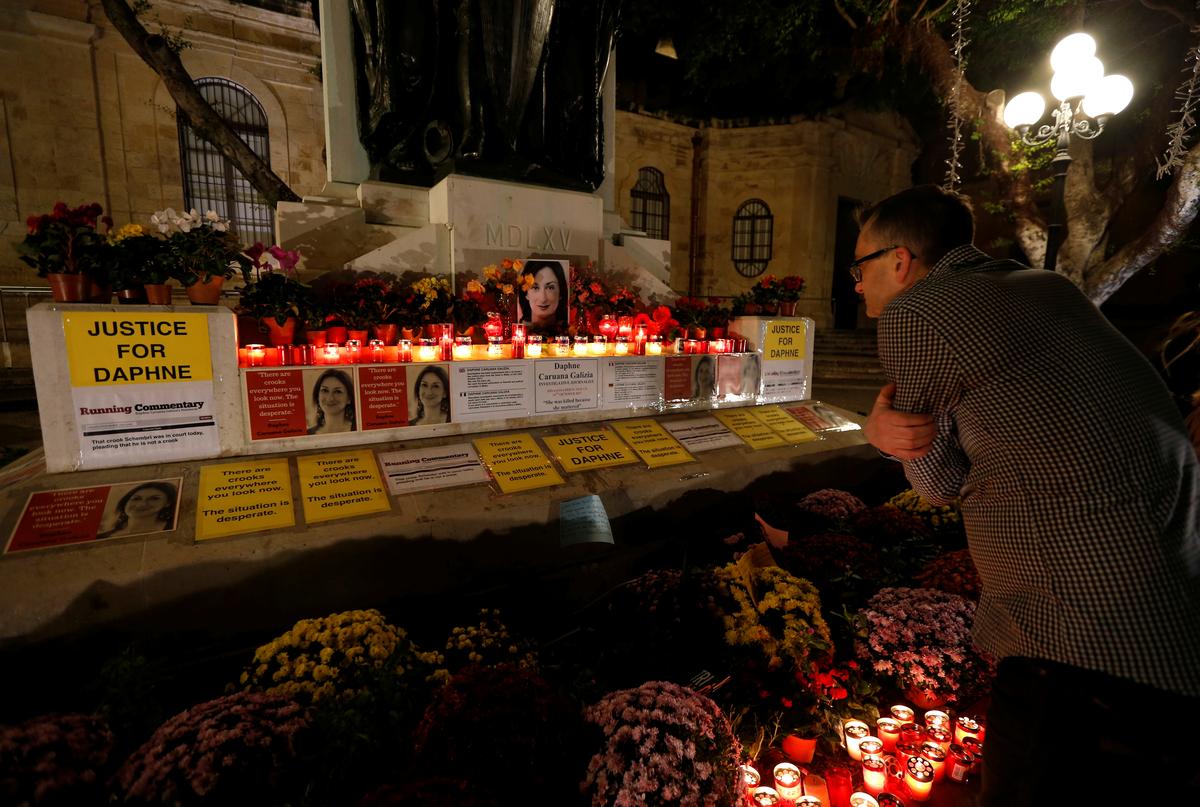 VALLETTA (Reuters) – – A man suspected to have been the middleman in the murder of Maltese journalist Daphne Caruana Galizia has been arrested, a police source said on Tuesday, in a potentially major step forward in the investigation.

The middleman is believed to have linked the person suspected of commissioning the murder of Caruana Galizia, to the men accused of carrying out the killing, as well as those who helped procure the explosive device used in the operation.

The Times of Malta newspaper reported on Tuesday that the government is considering a pardon if the suspected middleman can lead investigators to the mastermind.

A police source with direct knowledge of the matter said the arrest was made on Thursday as part of a separate investigation.

Caruana Galizia, who wrote an anti-corruption blog, was killed by a car bomb near the Maltese capital Valletta in October 2017 – a murder that shocked Europe and raised questions about the rule of law on the Mediterranean island.