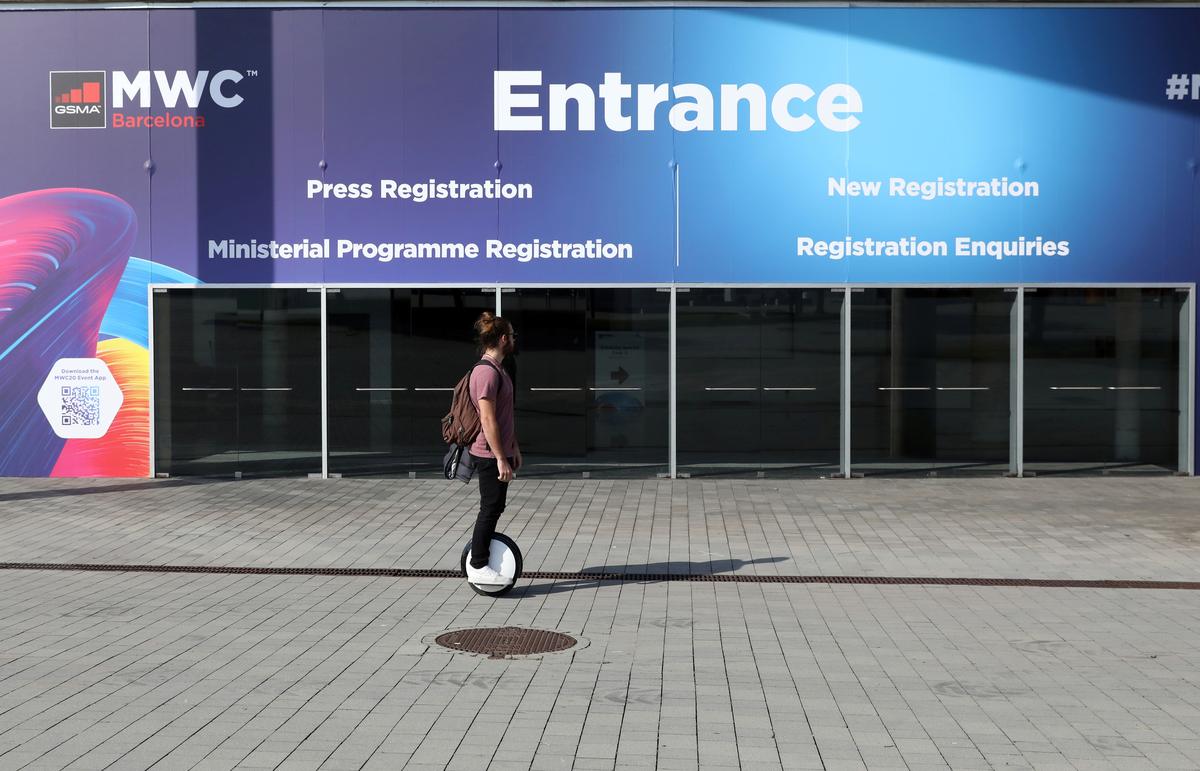 BERLIN (Reuters) – For an event meant to showcase the power of telecoms, cancelling this year’s Mobile World Congress in Barcelona without a back-up plan has perplexed many in the trillion-dollar sector.

Wednesday’s decision to call off the telecoms industry’s biggest annual gathering over fears of coronavirus, which has yet to reach mainland Spain, has left a hole in marketing budgets and dealt a $500 million blow to the local economy.

It has also raised questions about whether the four-day event, which drew 110,000 visitors last year, has become too big for its own good, while missing an opportunity to use the very communications technology that it is meant to highlight.

Sony (6758.T) and Nokia (NOKIA.HE) said after pulling out of the event that they would hold product launches online instead, while South Korea’s Samsung Electronics (005930.KS) showcased a new folding phone at separate event in San Francisco last week.

The crisis began eight days ago when South Korea’s LG Electronics (066570.KS) became the first company to scratch, triggering a spate of cancellations.

“The whole idea, that we’ve got to get tens of thousands of people together to meet, goes out of the window,” Mike Rosenberg, an associate professor at the IESE business school in Barcelona, said of the decision to cancel February’s event.

Rosenberg, who specialises in crisis strategy and scenario planning, said that with China still battling the worst of the coronavirus outbreak, the GSMA’s next big conference in Shanghai this summer could also be at risk.

The Chinese province at the epicentre of the coronavirus outbreak reported a record rise in deaths and thousands more cases on Thursday under a new diagnostic method, raising fresh questions about the scale of the crisis.

Spain has so far only reported two coronavirus cases – one in the Canary Islands off northwest Africa and a second on the Mediterranean island of Mallorca.

SEE YOU NEXT YEAR?

While major exhibitors can bear the cost, hundreds of smaller companies for whom MWC is the big event on their marketing agenda may think twice about returning, analysts said.

“Now they face the challenge of having to figure out what the best way to salvage something,” Ben Wood, chief of research at consultants CCS Insight, said.

In a show of unity, the GSMA’s leadership held a joint news conference with local leaders on Thursday, vowing to work to stage next year’s edition of the event, which has been held in Barcelona since 2006.

But Director General Mats Granryd faced tough questioning from reporters after conceding that insurance that the GSMA takes out on behalf of exhibitors does not cover an event like the coronavirus outbreak.

“Clearly there is no way you can insure yourself out of a force majeure situation,” Granryd said.

“We’ll find a way to continue the dialogue,” he added. “A number of those who had planned to go have written us to say: ‘Let’s meet up in Paris since we won’t be able to see each other in Barcelona.’ Agendas are filling up at lightning speed.”

Communicating its decision also tested the GSMA’s public relations machine. Even as cancellations snowballed and talk circulated on Wednesday that a decision to cancel was imminent, the GSMA was still sending out media invitations.

The final blow came when the European telecoms firms that form its core membership pulled out as a bloc, forcing the GSMA to bow to the inevitable.

Granryd told staff in an email he was “deeply saddened”.

“The team working through this crisis have been fact-based, took appropriate measures and communicated both externally and internally in real time.”

Additional reporting by Jordi Rubio and May Ponzo in Barcelona, Isla Binnie in Madrid and Mathieu Rosemain in Paris; Editing by Alexander Smith