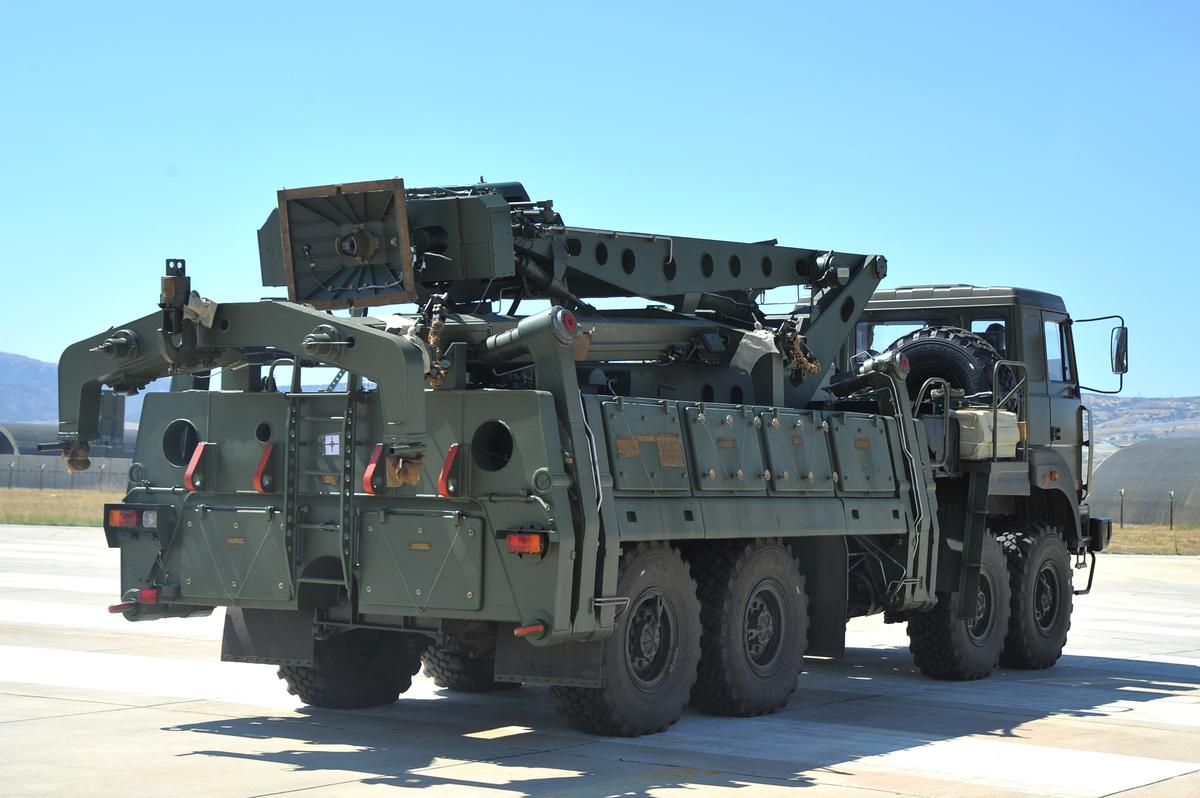 FILE PHOTO – A part of a Russian S-400 defense system is seen after unloaded from a Russian plane at Murted Airport near Ankara, Turkey, August 27, 2019. Turkish Military/Turkish Defence Ministry/Handout via REUTERS

WASHINGTON (Reuters) – U.S. Treasury Secretary Steven Mnuchin said on Monday that the Trump administration was considering imposing sanctions on related to Turkey’s purchase of the Russian-made S-400 air defense missile system, but no decisions had been made.

“We’re looking at that, I’m not going to make any comments on any specific decisions, but we are looking at it,” Mnuchin told reporters outside the White House when asked if the Treasury was considering such sanctions. He did not specify any potential targets.

Ankara and Washington have been at loggerheads over Turkey’s purchase of the S-400 system, which the United States says is not compatible with NATO defenses and poses a threat to Lockheed Martin’s F-35 ‘stealth’ fighter jet.