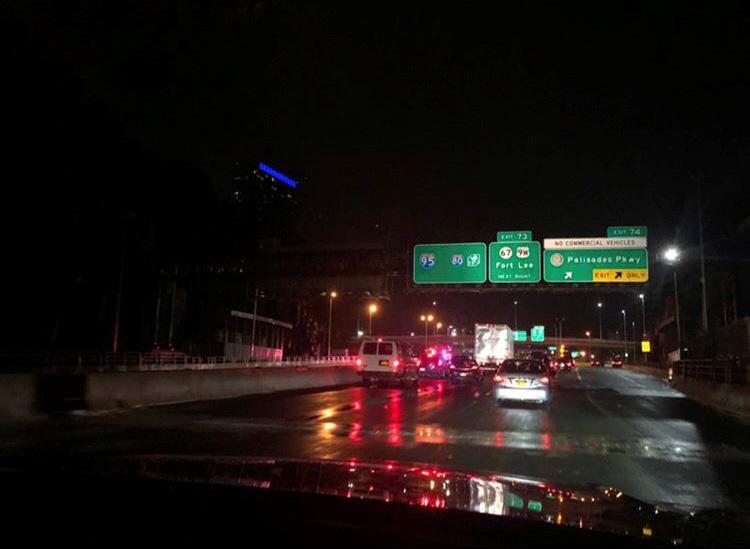 Traffic seen after the George Washington Bridge in New York, U.S. was closed due to a bomb threat according to the Mayor, in this still frame taken from social media video August 22, 2019. CHRISTINA /via REUTERS

(Reuters) – The George Washington Bridge in New York, one of the most heavily used spans in the world, was re-opened early Friday after a suspicious package spotted by a motorist turned out to be just a pipe, authorities and media said.

All lanes of the double-decker bridge were closed around 9 p.m. Thursday (0100 GMT Friday) after a motorist called in to police about a suspicious package, Mayor Bill de Blasio announced on Twitter. De Blasio urged travelers to seek alternative routes.

Authorities re-opened the bridge around 12:30 a.m. to all traffic, the mayor later said.

The New York Post and other media reported that an object that looked like a pipe bomb was spotted by a motorist, forcing the shutdown of the bridge around 9 p.m.

But the object was found to be inert, with no explosives, media reported.

Authorities re-opened both the lower and upper levels in both directions across the bridge, which links New York with New Jersey over the Hudson River.

Reporting by Rich McKay in Atlanta; Editing by Paul Tait and Michael Perry