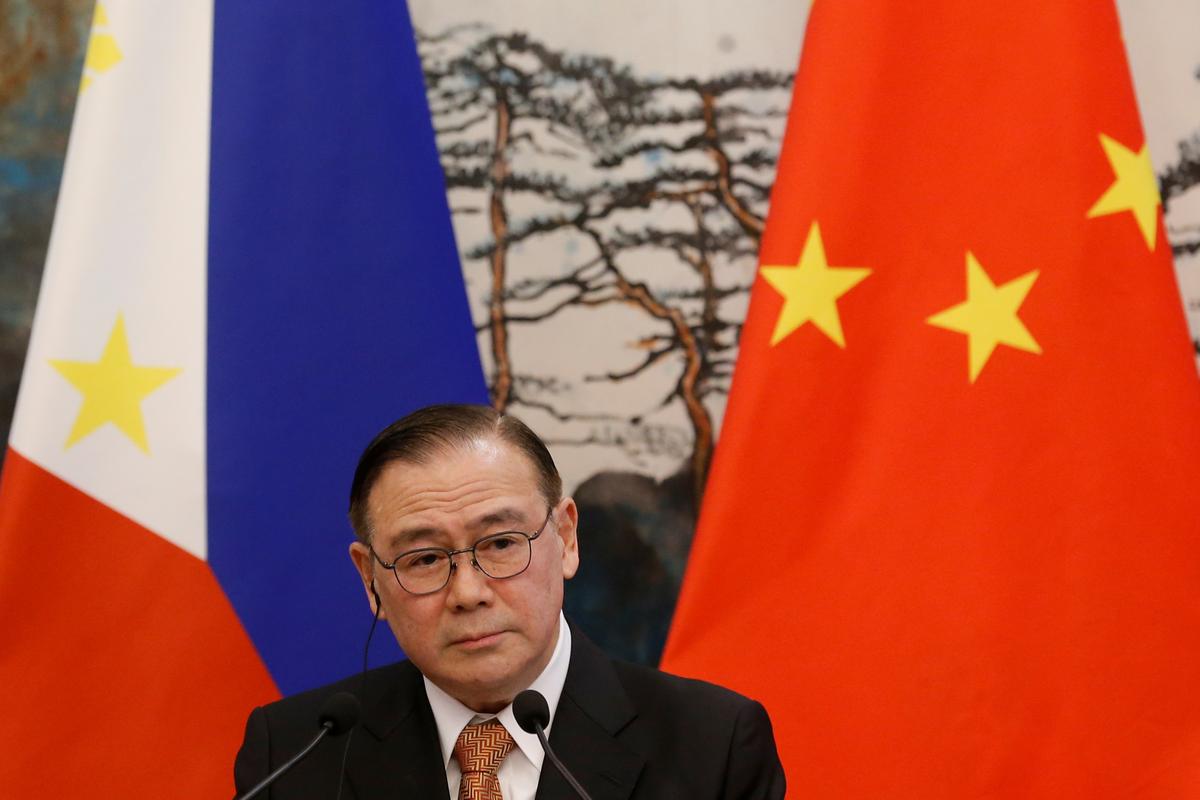 (Note: Language in paragraphs 1, 5 may offend some readers.)

MANILA (Reuters) – The Philippines will not allow visits by the United Nations to investigate its bloody war on drugs, its foreign minister said on Wednesday, calling its human rights experts “bastards” who had already demonstrated prejudice.

The United Nations Human Rights Council approved a resolution in July to compile a comprehensive report on President Rodrigo Duterte’s three-year crackdown, during which at least 6,700 people have been killed in what police say were shootouts with dealers who resisted arrest.

Thousands of mostly urban poor drug users have also been killed, many in mysterious circumstances. Human rights groups accuse police of systematic cover-ups and summary executions of anyone associated with drugs, which police reject.

Asked in a television interview if U.N. investigators would be allowed to work in the Philippines, Foreign Secretary Teodoro Locsin said: “No. Because they have already prejudged.”

“I already said those bastards – especially that woman acting like the queen in Alice in Wonderland – first, the judgment, then the trial. No.”

Locsin was referring to Agnes Callamard, the U.N. special rapporteur on extrajudicial, summary or arbitrary executions. She has been a staunch critic of Duterte, who has threatened to slap her and has warned of an even bloodier campaign ahead.

“No – I don’t want them coming here and then saying that everything they have been saying, but have not proved, is true ‘because we saw it’. How? Are they going to exhume every body?” Locsin said.

“No. I’m not going to give them that chance.”

The resolution came after a call from 11 U.N. experts concerned about a “staggering” amount of deaths during Duterte’s signature campaign.

Locsin, a former journalist, on Wednesday called it a “nothing resolution” and “dead” arguing that it had failed because the votes in favor were fewer than the combined number of abstentions and votes against it.

The president, however, has yet to say he would agree to an independent probe on Philippines soil, should a request be made.