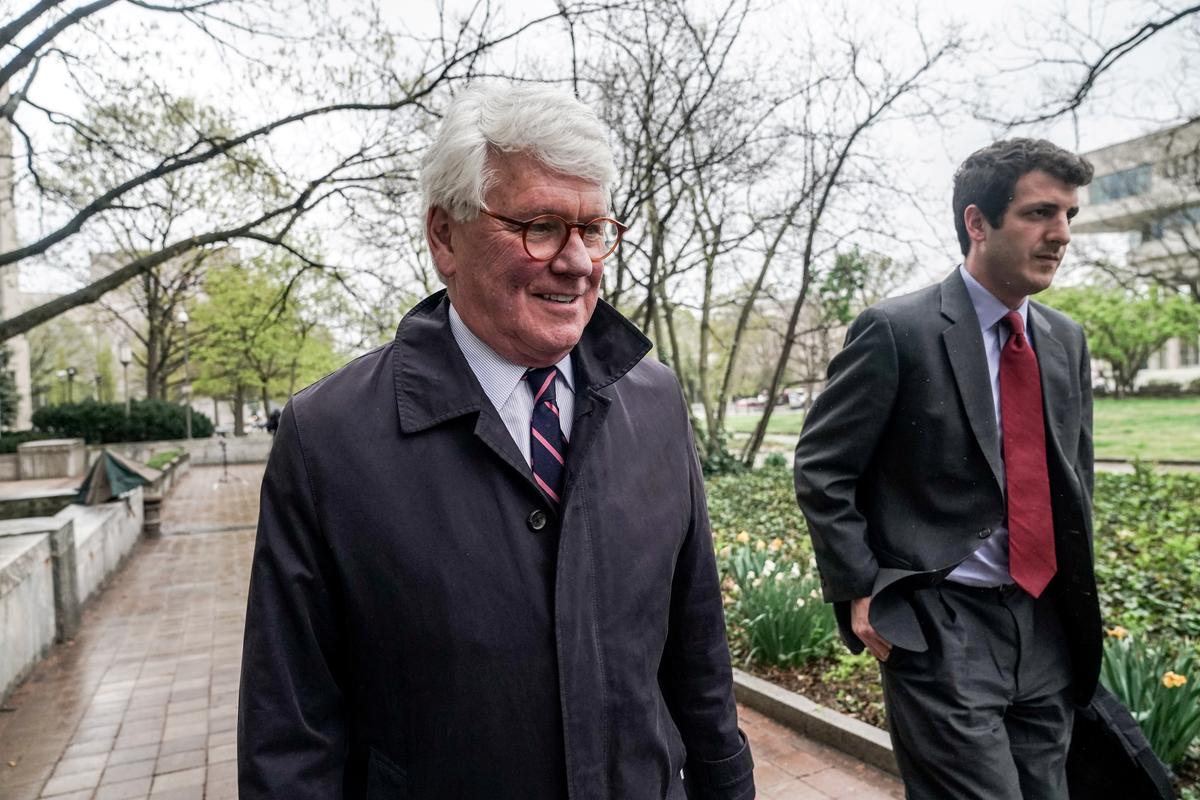 WASHINGTON (Reuters) – Greg Craig, who had served as former President Barack Obama’s top White House lawyer, was found not guilty on Wednesday of lying about work he performed for Ukraine in a case that grew out of Special Counsel Robert Mueller’s Russia investigation.

A jury in federal court in Washington acquitted Craig of misleading the U.S. Department of Justice about a legal review he conducted after leaving the White House that largely vindicated the prosecution of a political enemy of the Russian-aligned president of Ukraine at the time.

Craig, 74, had faced up to five years in prison if convicted.

“I want to thank the jury for doing justice. I’m very fortunate to have the support of a loving family and many loyal friends who were steadfast during this ordeal,” Craig said in a statement.

The U.S. Attorney’s Office for the District of Columbia, which prosecuted the case, declined to comment.

The verdict is a blow to the Justice Department’s efforts to force lawyers, lobbyists and other advisers to comply with a 1938 law that requires them to disclose their activities on behalf of foreign governments.

The department brought only seven criminal cases between 1966 and 2015 involving violations of the Foreign Agents Registration Act (FARA), but has ramped up enforcement since them.

Among those ensnared: President Trump’s former campaign chairman, Paul Manafort, who is currently serving a 7 1/2-year prison sentence for lobbying violations and financial crimes stemming from his work for Viktor Yanukovich, the former president of Ukraine.

The report said Tymoshenko had been improperly imprisoned during the trial but concluded that her due-process rights had not been violated. It was used by Yanukovich’s government to justify her pretrial detention to the European Court of Human Rights and influence U.S. lawmakers.

The Justice Department accused Craig of misleading officials in order to avoid registering with the department as a foreign agent under FARA. Craig said he and other lawyers who worked on the report had concluded that they did not need to register.

Skadden, Arps agreed in January to turn over the $4.6 million it was paid and retroactively register as a foreign agent as part of a settlement with the Justice Department.

Another Skadden lawyer, Alex van der Zwaan, pleaded guilty last year to lying to investigators about the report. Craig and van der Zwaan both no longer work for the firm.

During his tenure as Obama’s White House counsel from January 2009 to January 2010, Craig led the administration’s unsuccessful effort to shut down the U.S. military prison in Guantanamo Bay, Cuba.

Craig’s case stems from Mueller’s 22-month investigation into whether Trump’s presidential campaign worked with Russia to influence the 2016 election.

That probe led to charges against 34 people, including Russian agents and former key Trump allies, but it concluded that there was not enough evidence to charge Trump or others with criminally conspiring with Russia.

Mueller’s report, released in April, did not reach a conclusion as to whether Trump’s efforts to interfere with the probe amounted to criminal obstruction of justice, but it also did not exonerate the president. Attorney General William Barr concluded that there was not enough evidence to charge Trump with obstruction of justice.