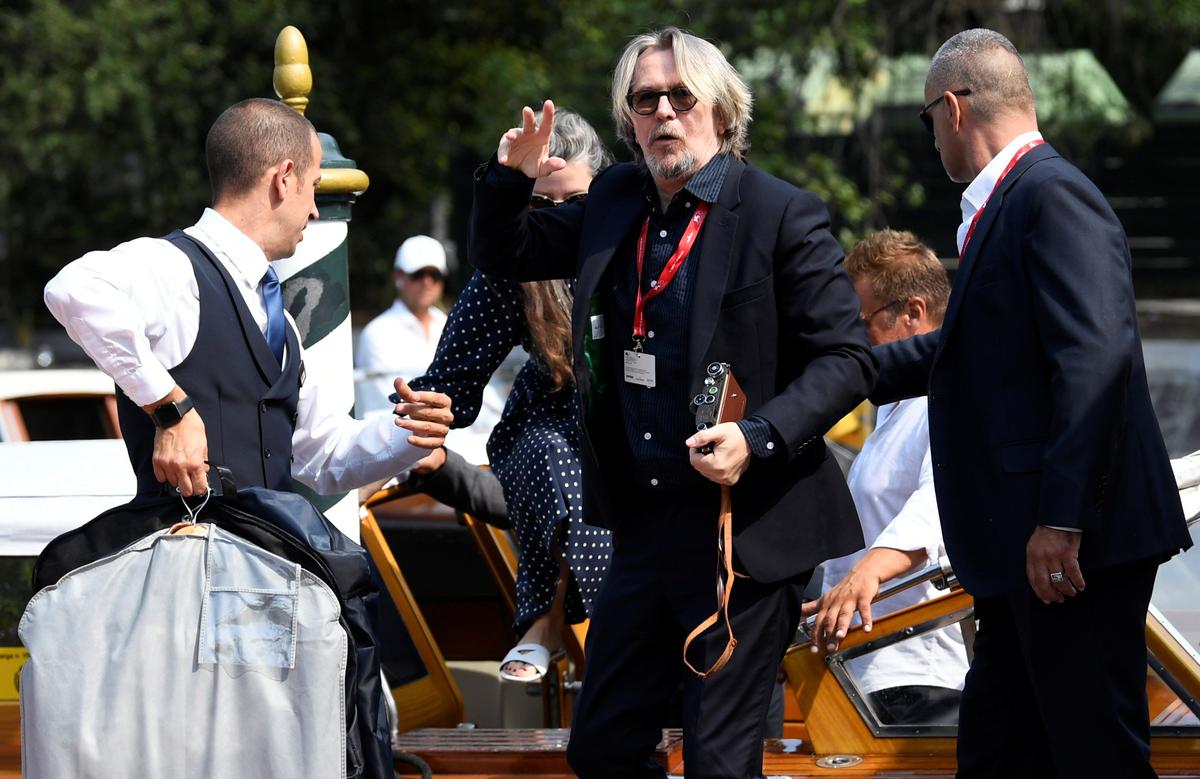 VENICE, Italy (Reuters) – A holiday tragedy sends Oscar winner Meryl Streep on a puzzling probe of ambiguous financial dealings in Steven Soderbergh’s “The Laundromat”, a drama based on the massive leak of offshore financial data known as the Panama Papers.

With a cast also including Gary Oldman, Antonio Banderas and Sharon Stone, the Netflix film, which premieres at the Venice Film Festival on Sunday, seeks to explain the debacle via lessons from characters’ personal stories.

The so-called Panama Papers, consisting of millions of leaked documents from the Panamanian law firm Mossack Fonseca in April 2016, provoked a global scandal after revealing how the rich and powerful used offshore corporations to evade taxes.

Speaking directly to viewers, Oldman and Banderas portray lawyers Jurgen Mossack and Ramon Fonseca who try to give their side of the story.

In a similar manner to “The Big Short” about the 2007 financial crisis, the two quirkily explain the world of shell companies and offshore accounts to the audience, who are also taken on a journey of illicit dealings as well as corruption via China, the United States, Mexico and the Caribbean.

“We’re living in a moment where the news cycle is racing and we are racing to keep up with current events and this is an entertaining, flash, funny way of telling a very, very dark black hearted joke, a joke that’s being played on all of us,” Streep told a news conference.

“It’s a crime not without victims and the victims many of them are journalists,” she added, citing Maltese journalist Daphne Caruana Galizia, who was murdered while investigating corruption.

“The Laundromat” is one of two Netflix films vying for the festival’s top Golden Lion prize, which the streaming giant won last year for “Roma”.

Oscar winner Soderbergh, known for “Traffic”, “Erin Brokovich” and “Magic Mike”, said he took inspiration from “Dr. Strangelove” as he and writer Scott Z. Burns looked how to present “a complex subject in a way that would be memorable”.

“We decided that a dark comedy had the best possible chance of remaining in the minds of the viewers and also gave us the opportunity to use the complexity of these kind of financial activities almost as a joke, almost as the setup for a punchline,” he said.

“It’s a very troubling time but speaking about it is the beginning, people have been speaking about it for quite a while but on occasion a piece of entertainment can be a conversation starter and get people wondering day to day ‘in my everyday life how am I participating in this’.”