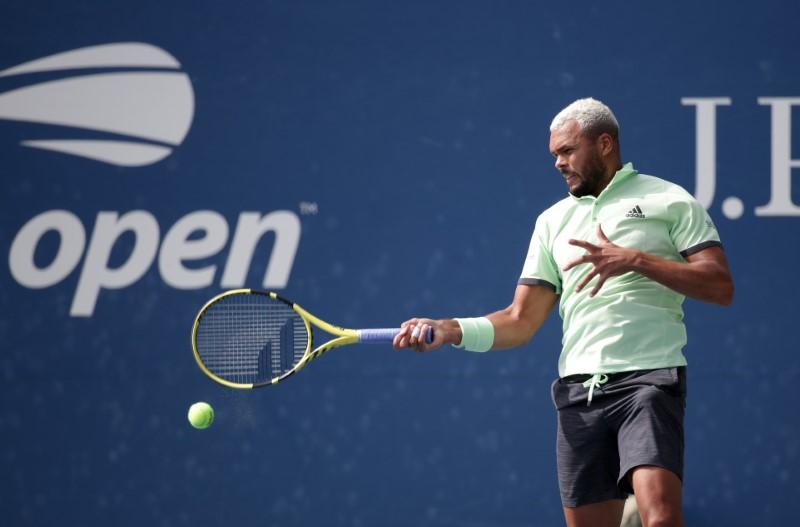 (Reuters) – France’s Jo-Wilfried Tsonga rallied from a set down to beat Aljaz Bedene 6-7(4) 7-6(4) 6-3 in the Moselle Open final on Sunday for his fourth title in the tournament.

Playing in his fifth title clash in Metz, the 34-year-old fired 19 aces and won 92% of points on his first serve as he overcame a wobbly start to seal a second title of the season following his triumph in Montpellier in February.

It was in Metz last year that world number 61 Tsonga had returned after a seven-month absence due to left knee surgery and the 2008 Australian Open finalist showed his battling qualities much to the delight of the home crowd.

Bedene, seeking his first tour-level trophy, edged a tight opening set but a determined Tsonga hit back in the second set to drag the contest into a decider.

With his powerful forehand firing on all cylinders, Tsonga raced into a 3-0 lead and never looked back, closing out the victory in two hours and 47 minutes.

Tsonga also became the ninth French champion in the last 11 editions of the tournament with 10 of his 18 ATP Tour trophies coming on home soil.

Reporting by Shrivathsa Sridhar in Bengaluru, editing by Pritha Sarkar

Despite rally, 2020 to be worst year for stocks in nearly a decade: Reuters poll
Factbox: Where states stand as U.S. reaches 100,000 coronavirus deaths
Britain to provide anti-viral drug remdesivir to some COVID-19 patients
Tracee Ellis Ross debuts her singing voice in new film ‘The High Note’
Trump says U.S. to take action on China over Hong Kong this week