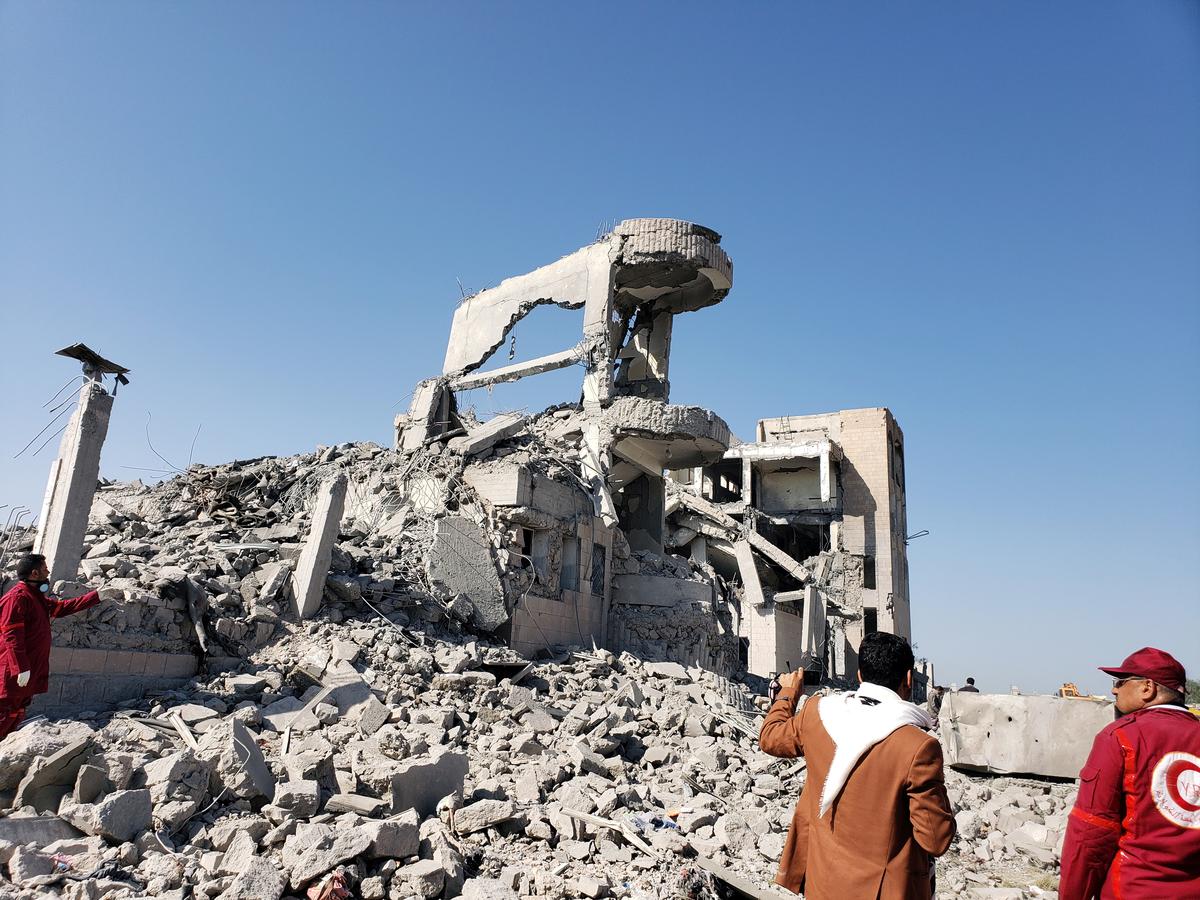 DUBAI (Reuters) – A Saudi-led military coalition said on Sunday it had launched air strikes on Houthi military targets in southwest Yemen that Houthi-run media said had hit a prison, killing dozens of people.

The Sunni Muslim coalition, which has been battling the Iran-aligned Houthi movement for more than four years in Yemen, said in a statement carried on Saudi state television that it destroyed a site storing drones and missiles in Dhamar.

Residents told Reuters there had been six air strikes and that a complex in the city being used as a detention center had been hit.

The Houthi health ministry spokesman, in comments carried on the group’s Al Masirah TV, said 60 bodies had been pulled from rubble at the prison and that the number could rise. There was no immediate independent confirmation of the number of casualties.

“The explosions were strong and shook the city,” one resident said. “Afterwards ambulance sirens could be heard until dawn.”

The Western-backed alliance intervened in Yemen in March 2015 against the Houthis after they ousted the internationally recognized government from power in the capital, Sanaa, in late 2014.

The movement, which holds most major population centers in the Arabian peninsula nation, has stepped up cross-border missile and drone attacks on Saudi Arabia in recent months. The Saudi-led alliance has responded with strikes on Houthi targets.

The coalition, which has come under criticism by international rights groups for air strikes that have killed civilians, said it had taken measures to protect civilians in Dhamar and the assault complied with international law.

The United Nations is trying to ease tension in Yemen to prepare for political negotiations to end the war that has killed tens of thousands and pushed the long-impoverished country to the brink of famine.

The conflict is widely seen in the region as a proxy war between Saudi Arabia and Iran. The Houthis, who deny being puppets of Tehran, say they are fighting a corrupt system.

Reporting by Reuters team in Yemen and Nayera Abdallah in Cairo; Writing by Ghaida Ghantous; Editing by Clarence Fernandez and Dale Hudson