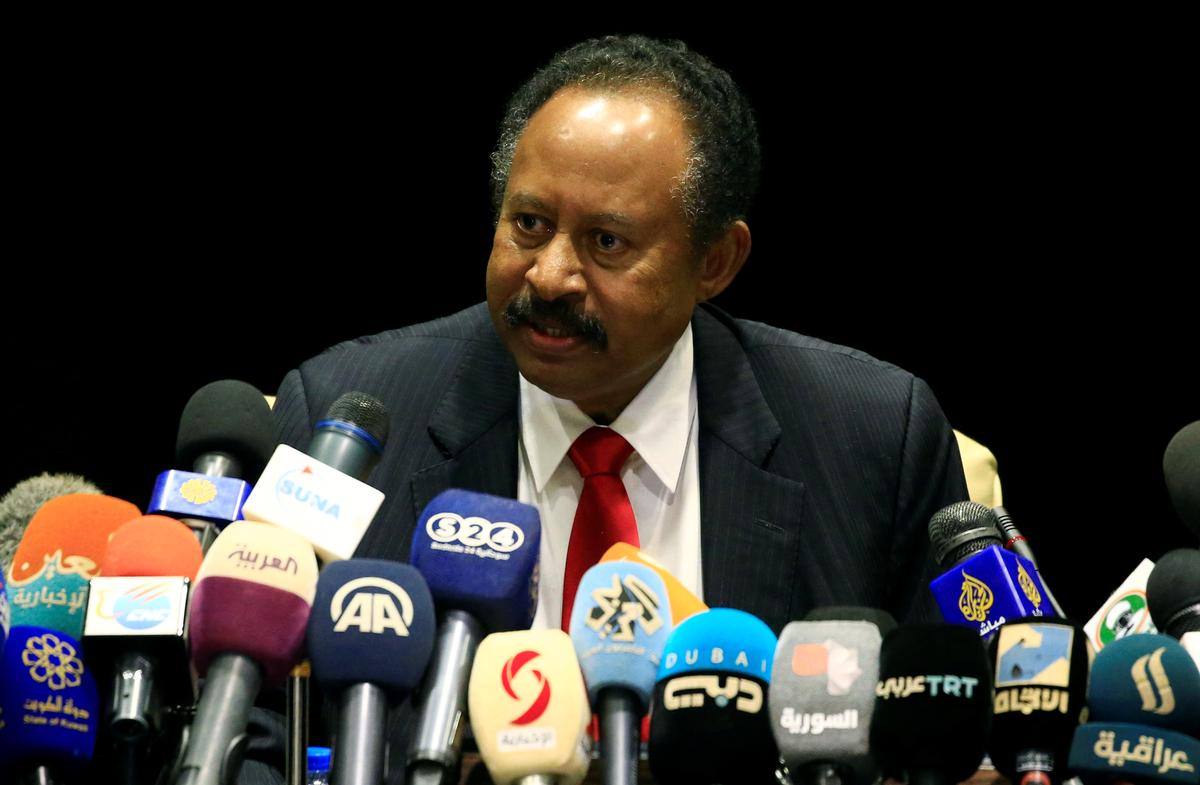 KHARTOUM (Reuters) – Sudan’s prime minister announced on Thursday the formation of the first government since the overthrow of longtime ruler Omar Hassan al-Bashir in April.

The government was formed as part of a three-year power-sharing deal signed last month between the military and civilian parties and protest groups.

Prime Minister Abdalla Hamdok announced the names of 18 ministers in the new Cabinet, and said he would name two more later.

“(The new government) will start its work immediately in a harmonious and collective way,” Hamdok told a news conference in Khartoum on Thursday evening.

“Today, we start a new phase in our history. … We are seeking the establishment of a national project and the restructure of the Sudanese state,” he said.

The new government is an important step in transition away from nearly 30 years under Bashir, when Sudan was afflicted by internal conflicts, international isolation and deep economic problems.

However, the months since Bashir’s fall have been marked by tension between the powerful security forces and civilian groups that are pushing for democracy, reform and justice for those killed during crackdowns on protests.

The announcement of the Cabinet had been held up by haggling over positions.

Most of the 18 ministers announced on Thursday were approved earlier in the week. The Cabinet includes four women, among them Asmaa Abdallah, who becomes the country’s first female foreign minister.

It also includes Ibrahim Elbadawi, a former World Bank economist who will serve as finance minister, and Madani Abbas Madani, a leader of the civilian coalition that negotiated the transition deal with the military, as a minister of industry and trade.

General Jamal Omar, a member of the Transitional Military Council that took over from Bashir, was appointed as defense minister.

Among the challenges facing Hamdok’s government are finding billions in funding to cover the country’s bill for importing basic goods like fuel and flour, negotiating Sudan’s removal from the U.S. list of state sponsors of terrorism, and slashing military spending that accounts for as much as 70% of the budget.

Security and peacemaking in regions affected by insurgencies under Bashir are further challenges.

“The top priority of the transitional period is to stop war and to build sustainable peace,” Hamdok said on Thursday, adding that Sudan is forming a committee to establish a framework for a Peace Commission.

“Armed factions are an integral part of the revolution and the current (political) climate provides a great chance to reach understandings on peace,” he said.

Sudan’s future is seen as crucial for a volatile region plagued by conflict. Wealthy Gulf states including the United Arab Emirates and Saudi Arabia have been vying for influence and have close ties to Sudan’s top military commanders.

The military ousted and arrested Bashir after 16 weeks of protests triggered by an economic crisis that included sharp inflation and shortages of cash and fuel.

A military council took over and began talks with protest and opposition groups, but negotiations were marred by lethal violence used against ongoing demonstrations.

According to last month’s deal a sovereign council will preside over the first 21 months before handing over to civilian leadership for another 18 months ahead of elections.

Changes in Sudan have evoked memories of the Arab Spring uprisings that swept across the region in 2011, when early hopes of reform gave way to military resurgence and conflict in several countries.