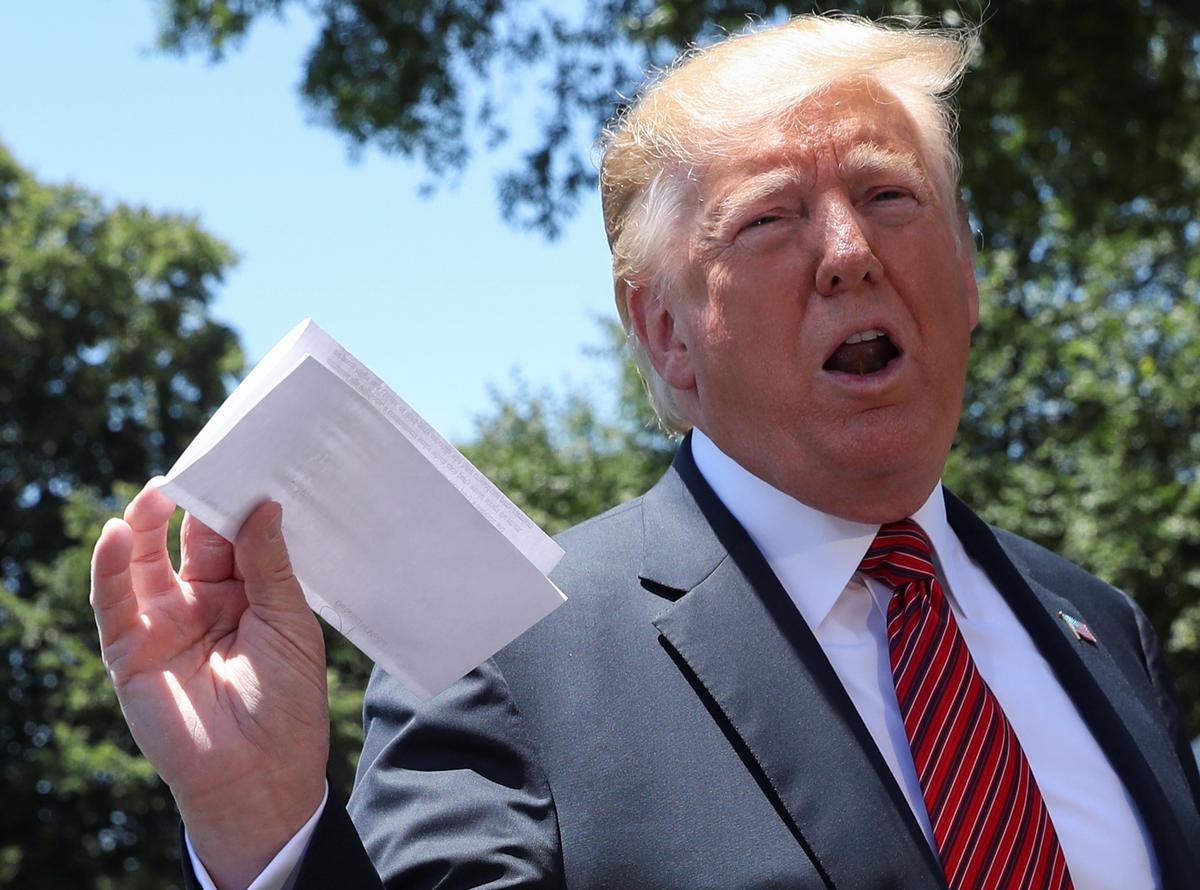 U.S. President Donald Trump holds up a copy of a deal with Mexico on immigration and trade as he speaks to the news media prior to departing for travel to Iowa from the White House in Washington, U.S., June 11, 2019. REUTERS/Leah Millis

WASHINGTON (Reuters) – The U.S. Supreme Court granted a request by President Donald Trump’s administration to fully enforce a new rule that would curtail asylum applications by immigrants at the U.S.-Mexico border, a key element of his hard-line immigration policies.

The court said the rule, which requires most immigrants who want asylum to first seek safe haven in a third country through which they had traveled on their way to the United States, could go into effect as litigation challenging its legality continues.