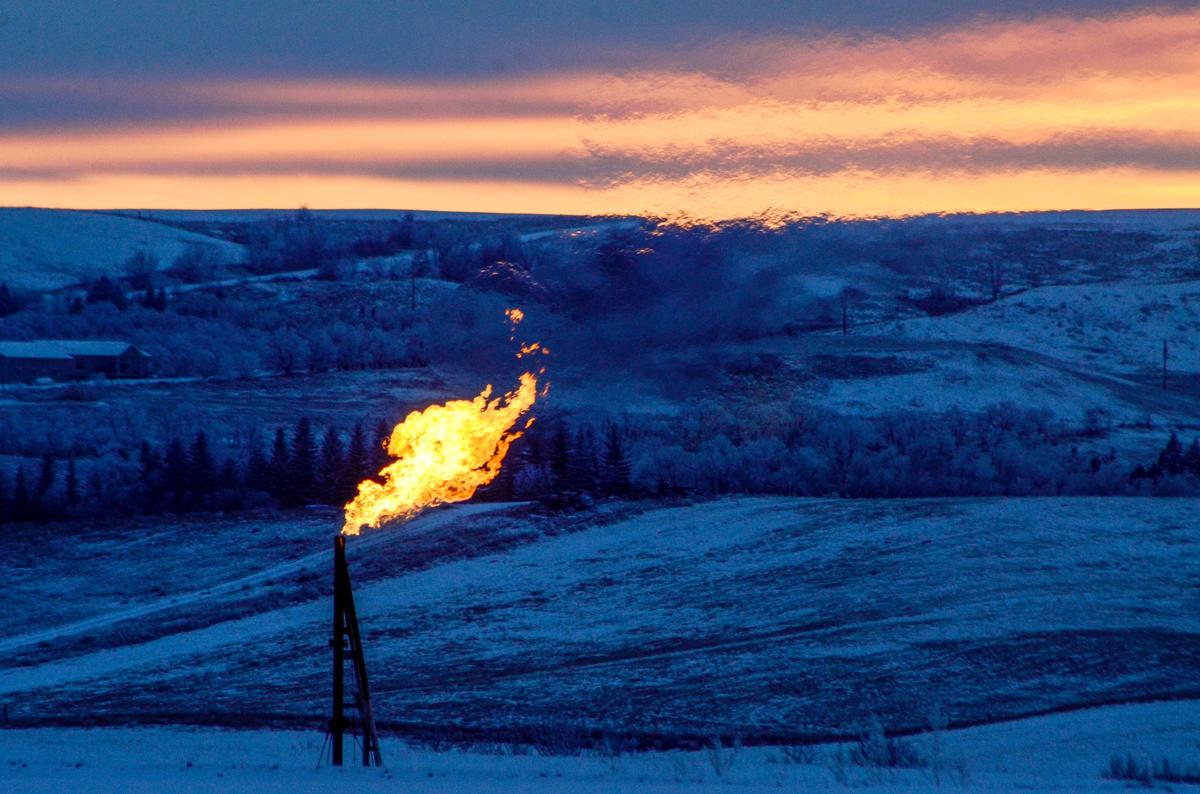 WASHINGTON/LOS ANGELES (Reuters) – Dozens of cities in liberal-leaning states such as California, Washington, and Massachusetts are studying proposals to ban or limit the use of natural gas in commercial and residential buildings. The movement opens a new front in the fight against climate change that could affect everything from heating systems in skyscrapers to stoves in suburban homes.

Berkeley, California, in July became the first U.S. city to pass an ordinance banning gas systems in new buildings, and it may soon be followed by many others, according to interviews with local officials, activists and industry groups. Los Angeles and Seattle are among those considering laws that could drastically reduce natural gas consumption.

Many environmentalists until recently considered natural gas a “bridge fuel” to a future of renewable energy because gas burns cleaner than oil or coal. Now local officials are stepping into what they call a federal regulatory void under the administration of President Donald Trump, who argues fossil-fuel restrictions needlessly damage the economy.

They want buildings switched to electric power from a grid that is increasingly powered by renewable energy. U.S. utilities currently derive about 35% of their electricity from gas but have also nearly doubled their use of renewable fuels in the past decade, from 9% to 17% of all power, according to the EIA.

Residential and commercial buildings account for about 12% of U.S. greenhouse gas emissions, according to the Environmental Protection Agency. They are also crucial to natural gas sales: Direct gas consumption amounted to about 8.45 trillion cubic feet in 2018, rivaling the 10.63 tcf used by utilities to power the grid, according to the U.S. Energy Information Administration (EIA).

If gas bans in buildings become widespread, they could upend the business models of some of the world’s biggest energy companies, which are investing billions of dollars to produce and ship more natural gas on the belief the fuel will play a key role in the transition to a cleaner energy economy. Big gas producers including Exxon Mobil here (XOM.N), Shell here (RDSa.L), and BP here (BP.N), argue gas improves the environment by replacing dirtier fuels such as coal.

Natural gas companies alarmed by the trend are pushing back with ad campaigns and research promoting gas as a superior cooking fuel and an affordable option in a country that has become the world’s top gas producer.

“We are trying to get ahead of it,” said Stuart Saulters, the Director of Government Affairs of the American Public Gas Association. “We think there is a chance this can domino.”

The American Petroleum Institute, which represents the U.S. oil-and-gas industry, rejects claims that natural gas is bad for the environment, arguing its increased use has helped cut U.S. carbon emissions. Spokesman Reid Porter said that the industry is also limiting methane emissions with improved leak-prevention technology, citing data here from the Environmental Protection Agency showing a decline in recent years.

Nilles, of the Rocky Mountain Institute, said some 50 California municipalities are studying new limits on natural gas in buildings, including Silicon Valley-area cities such as Palo Alto, Sunnyvale and San Jose, the nation’s 10th most populous city. Los Angeles set a goal in April of powering all its buildings with renewable energy by 2050, starting with new buildings by 2030.

San Luis Obispo last week became the second city, after Berkeley, to pass a law limiting gas installations in new buildings. Kate Harrison, the Berkeley council member who spearheaded the city’s gas ban, said she has been contacted by dozens of cities studying similar measures in states including Massachusetts and Minnesota.

Officials in the Boston suburb of Brookline, for instance, will vote in November on a measure to ban gas hookups in new buildings. In Minnesota, three-quarters of the state’s residential heating – largely fueled by gas – would have to convert to electricity to meet the state’s goal of an 80% carbon emissions reduction by 2050, according to a report by the McKnight Foundation, a philanthropic organization.

New York City in April also passed a bill requiring buildings of more than 25,000 square feet to cut greenhouse emissions 40% by 2030 – a standard expected to reduce natural gas use.

Seattle City Council Member Mike O’Brien is working on legislation to ban gas hookups in new buildings. The fuel, he said, “is odorless and invisible but has a huge impact on the climate.”

The American Public Gas Association’s ad campaign is aimed at 25- to 44-year-old homeowners with incomes of more than $75,000, according to a slide presentation about it seen by Reuters. It features Facebook and Instagram ads showing people enjoying hot showers, cooking on gas stoves and relaxing by a firepit. Campaign director Saulters said it was one of the group’s most expensive promotional efforts to date, without disclosing its cost.

“We need instant, really strong fire,” said Charles Lu, the owner of a Chinese restaurant chain who participated in the event. “Otherwise, I think it will kill the business.”

Wealthier homeowners may also resist electrification of kitchens and fireplaces, according to Nic Dunfee of environmental consulting firm TRC Companies Inc, who oversees an incentive program to rebuild homes in wildfire-stricken Sonoma County. Builders are pushing back on proposed mandates for electric stoves, he said at a recent meeting of California energy regulators.

“They don’t feel that they are able to sell a home that doesn’t have natural-gas cooking,” he said.

(For a graphic on ‘Buildings and the U.S. climate change fight’, click here)