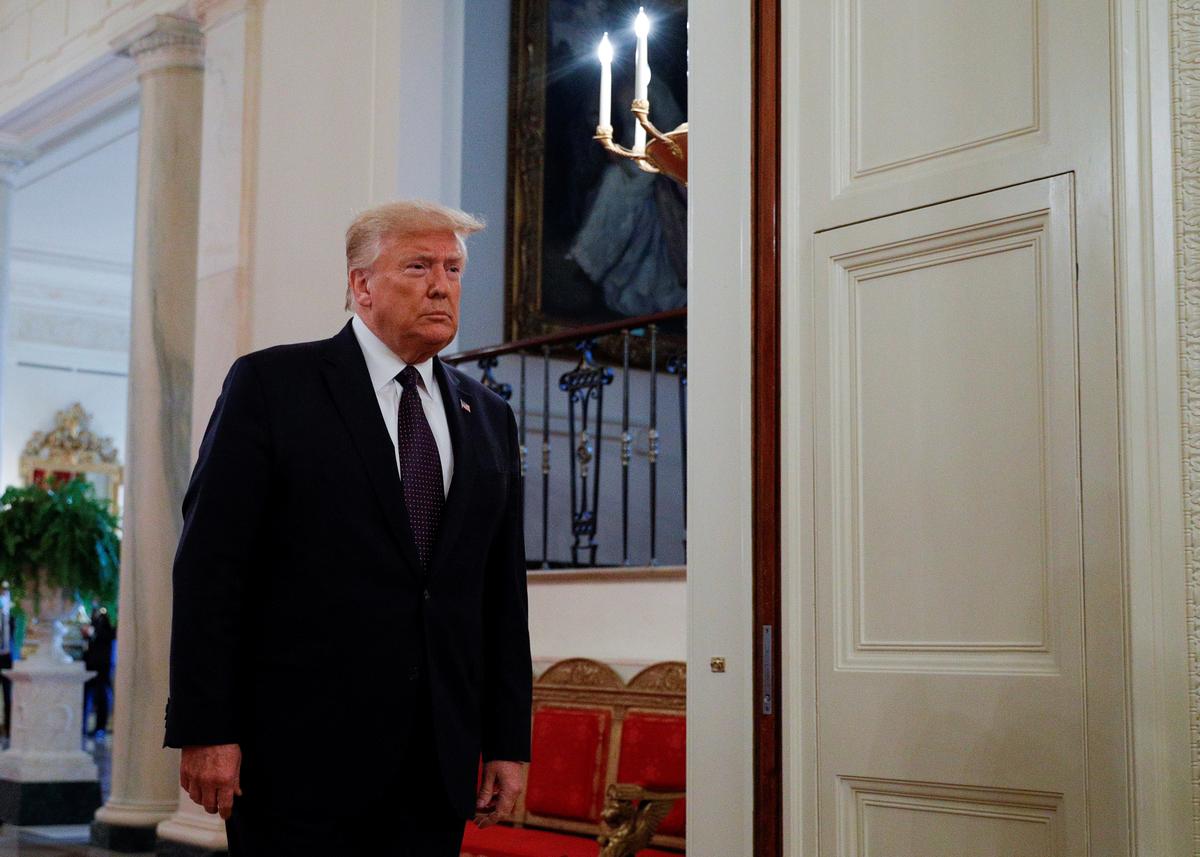 WASHINGTON (Reuters) – U.S. President Donald Trump signed legislation on Wednesday calling for sanctions over the repression of China’s Uighur Muslims, as excerpts from a book by his former national security adviser alleged he had approved of their mass detention.

U.S. President Donald Trump arrives to discuss a Trump administration plan aimed at helping to prevent suicides by U.S. veterans and other Americans, in the East Room at the White House in Washington, U.S., June 17, 2020. REUTERS/Tom Brenner

The bill, which Congress passed with only one “no” vote, was intended to send China a strong message on human rights by mandating sanctions against those responsible for oppression of members of China’s Muslim minority.

The United Nations estimates that more than a million Muslims have been detained in camps in the Xinjiang region. The U.S. State Department has accused Chinese officials of subjecting Muslims to torture, abuse “and trying to basically erase their culture and their religion.”

One of the main exile groups, the World Uyghur Congress, thanked Trump for signing the law, adding that it “gave hope to the desperate Uighur people”.

Trump issued a signing statement that some of the bill’s requirements might limit his constitutional authority to conduct diplomacy so he would regard them as advisory, not mandatory.

Trump did not hold a ceremony to mark his signing, which came as newspapers published excerpts from the new book by former national security adviser John Bolton.

Among other allegations, Bolton says Trump sought Chinese President Xi Jinping’s help to win re-election during a closed-door 2019 meeting, and that Trump said Xi should go ahead with building the camps in Xinjiang.

The White House did not immediately respond to a request for comment.

The Uighur law for the first time calls for sanctions on a member of China’s powerful Politburo, Xinjiang’s Communist Party secretary, Chen Quanguo, as responsible for “gross human rights violations.”

It also calls on U.S. companies operating in Xinjiang to take steps to ensure they do not use parts made with forced labor.