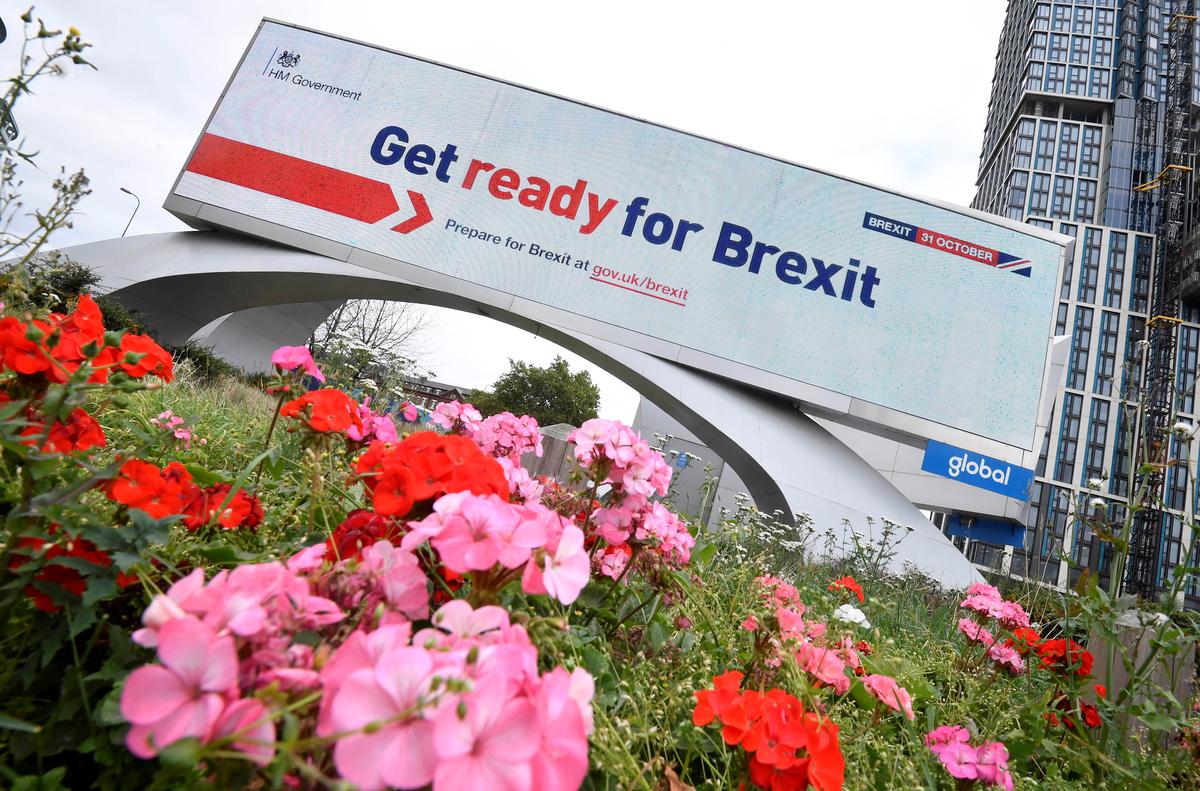 LONDON (Reuters) – The British government’s plans for a no-deal Brexit warn of severe disruption to cross-Channel routes, affecting the supply of medicines and certain types of fresh foods, and say that protests and counter-protests will take place across the country, accompanied by a possible rise in public disorder.

The “Operation Yellowhammer” worst-case assumptions published on Wednesday were prepared on August 2, the government said, and form the basis of its no-deal planning.

The document, which looks at the worst that could happen if Britain leaves the European Union on Oct. 31 without a deal, said public and business readiness for such an outcome would likely be low, in part because of continued political confusion in the run-up to Brexit day.

It said lorries could have to wait up to two and a half days to cross the English Channel and British citizens could be subject to increased immigration checks at EU border posts.

“Certain types of fresh food supply will decrease,” it said. “There is a risk that panic buying will cause or exacerbate food supply disruption.”

Documents from Operation Yellowhammer were first published in the Sunday Times newspaper on August 18.

Michael Gove, the minister in charge of coordinating “no-deal” preparations, said at that time the document was old and did not reflect current levels of preparedness.

The details of the no-deal contingency plan were published after a request from lawmakers.