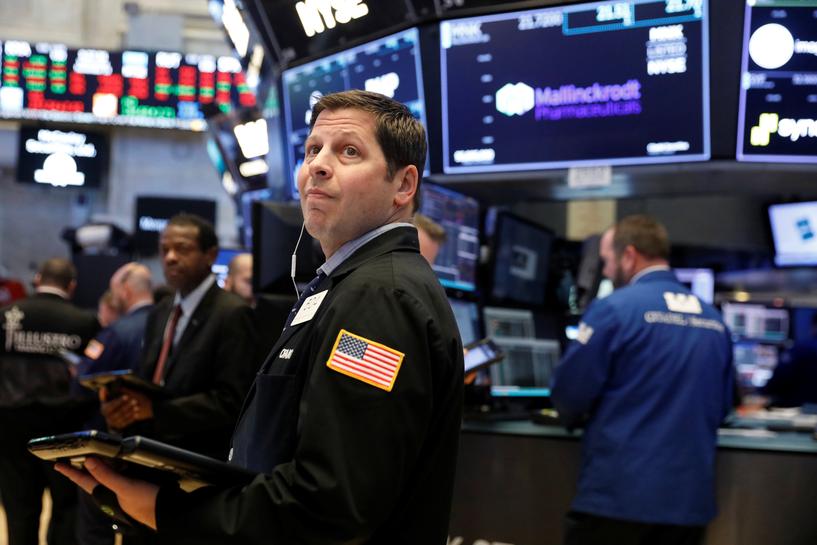 Traders work on the floor of the New York Stock Exchange shortly after the opening bell in New York, U.S., November 15, 2017. REUTERS/Lucas Jackson

Cisco (CSCO.O) touched $36.67, its highest since February 2001, a day after quarterly profit beat expectations driven by gains from its newer businesses such as security, which more than offset declines in its traditional switches and routers. Its profit forecast also came in above estimates.

“There was good news on old line companies Cisco and Walmart adapting to the new economy,” said Brian Battle, director of trading at Performance Trust Capital Partners in Chicago, citing reasons for the market’s advance.

Gains in the session put the S&P and the Dow on course for their biggest percentage rise in more than two months.

The U.S. House of Representatives voted largely along party lines to pass a tax overhaul expected to be a boost to stock prices if it becomes law, but the legislative battle now shifts to the Senate, where the Republican majority is much slimmer.

Republicans can lose no more than two Senate votes and at least two GOP senators have already spoken against the Senate version of the bill.

“The tax plan isn’t a foregone conclusion but it passed the lowest hurdle in the House,” Battle said, adding that the Senate vote will be a higher bar and “the reconciliation will be the real measure, if it happens.”

The CBOE Volatility index .VIX, the cost of protection against a sudden drop on the S&P 500, posted its first decline in six days. It dropped 1.3 points to 11.88.

Viacom (VIAB.O) shares fell 3.4 percent at $23.78 after the MTV owner said it expected high single-digit declines in revenue from U.S. cable TV operators and online distributors in the first half of 2018.

Advancing issues outnumbered declining ones on the NYSE by a 3.23-to-1 ratio; on Nasdaq, a 3.59-to-1 ratio favored advancers.