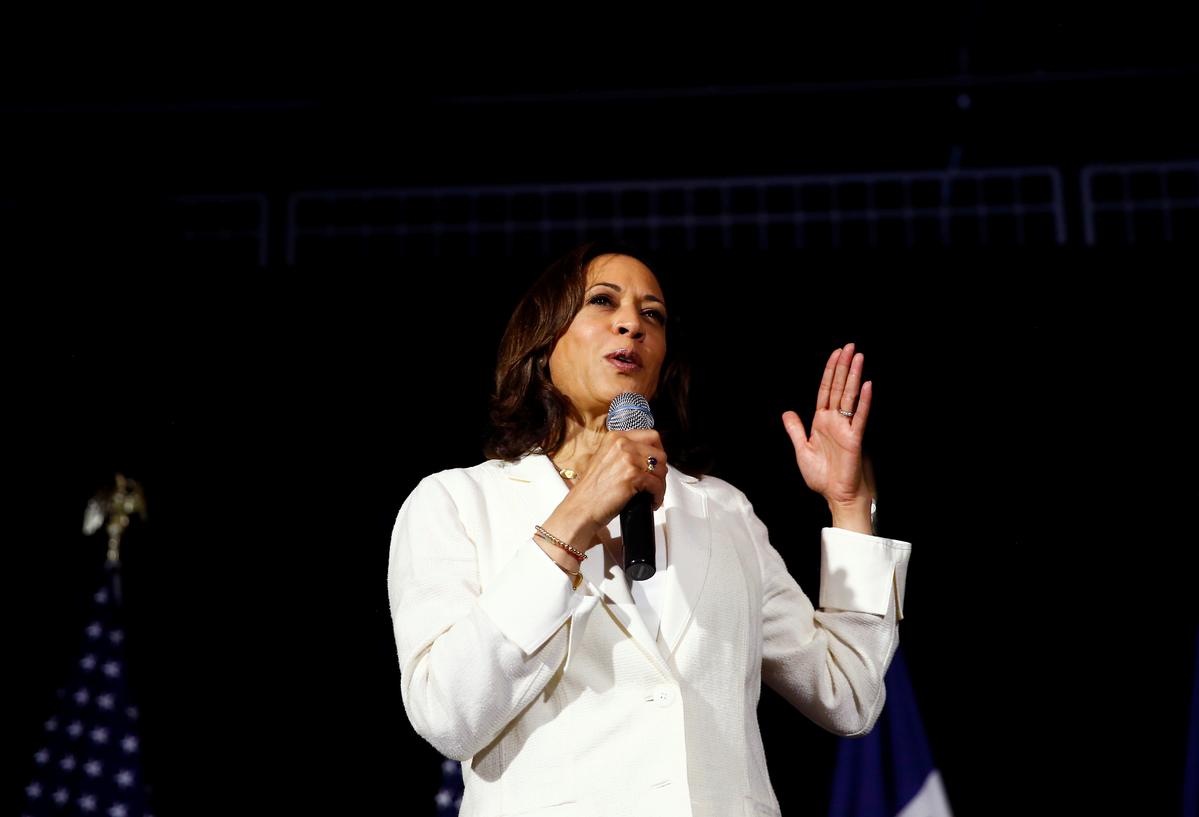 Harris, a U.S. senator from California and one of 20 Democrats vying to take on Republican President Donald Trump in the November 2020 election will emphasize how her Medicare for All healthcare proposal would cover long-term, in-home services and early screening for individuals with disabilities, according to a preview of the plan provided by her campaign.

Harris will also pledge to create senior-level White House positions for people with disabilities and use the president’s executive power to direct the Housing and Transportation departments to require that funding recipients show projects will be fully accessible before receiving the money, her campaign said.

“When we ensure that every American with disabilities is able to fully participate in our schools, our workplaces, and all aspects of our communities, our country is stronger,” Harris said in a statement.

Harris will promise to push if elected to ratify U.S. participation in the United Nations Convention on the Rights of Persons with Disabilities. She will also aim to increase Department of Education funding for the vocational rehabilitation program, which gives grants to states to help those with disabilities find and keep jobs.

As of August 2018, about one in four U.S. adults – roughly 61 million Americans – had a disability that “impacts major life activities,” according to the U.S. Centers for Disease Control and Prevention.

Trump’s budget plan proposed cutting domestic spending, including by setting fixed amounts the federal government would provide to states for Medicaid, the government health insurance program for the poor and disabled.

About 74 percent of likely voters in the 2018 congressional elections either had a disability or a close relative or friend with one, according to RespectAbility, a nonpartisan disability rights group.

The Luntz Global poll done for RespectAbility of 1,000 likely voters showed that 34 percent were swing voters, 36 percent were Democrats and 29 percent were Republicans. Individuals with a disability were more likely to have attended a recent political rally than those without one, the poll found.